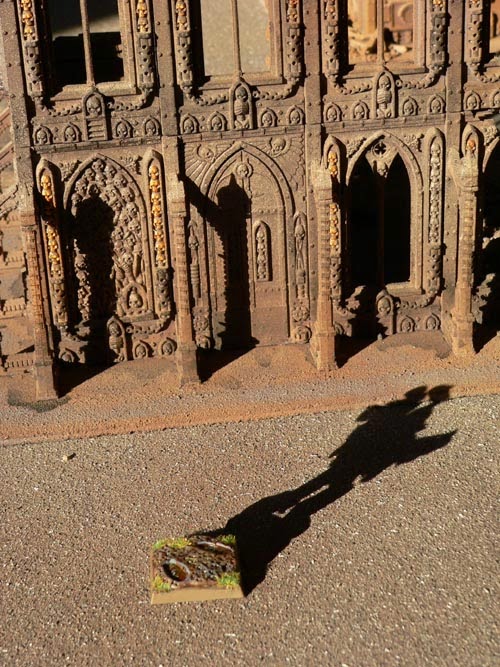 The sneakiest of the sneaky. Mor Deythan are infiltrator vets that have Corax's abilty to "wraith-slip" avoiding light and walking in the shadows, even in direct line of sight.

On the table they start off at the same price as recon marines but are cheaper, better and come standard with shroud bombs, implacable advance, stealth, scout, BP/CCW, and Fatal Strike.

Fatal Strike is what makes them one of the best units in the game. Once per game, the unit gets twin-linked and rending. With sniper rifles they rend on a 5+.

What makes this rule especially nasty is that the entire squad can take combi-weapons. This opens up all sorts of nasty combos:

Let me take a moment to impress how good these guys are.... IMHO.

THEY ARE THE BEST UNIT IN THE GAME.

No seriously, when combined with Maun and Decapitating Strike, they will gut or wipe out a squad of your choice turn one. I never take less than 2 squads, which is why elites are always cramped in RG lists.

An interesting issue with Mor Deythan is deployment. You see a lot of people run them with storm eagles or dark wings. This option is really strong as it lets you crack transports before you come in. The down side is that the birds are really expensive and run the risk of being shot down. On a special note, if you buy them as a squad upgrade they also score which is something that is often overlooked.

Finally, drop pods are solid for them, but you can't get drop pods for them through decapitating strike. You can however bring them in with maun in his drop pod, or purchase an anvilius.

Nice review and analysis, thank you! I'm slowly building a Raven Guard army to use in 40K and 30K and your take on what's worth it or not will come in quite handy.

Keep up the good work!

Great advice. I'll get another squad and some magnets. Thank you.

6 Mor Deythan, 4 combi melta, 2 missile launcher with suspensor web in a Rhino. First turn to destroy a tank, later able to kill everything, against infantery frag missile as support for bolterfire and krak against harder targets.

How do you kill a tank with 2 missile launchers? Rather than just extra combi melta