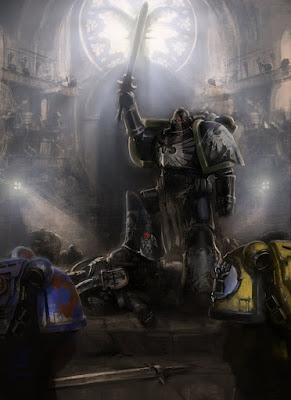 Horus Hersey 5 - Tempest, introduces updated rules for battles in the age of darkness. The book clarifies and resets the core rules for 30k. These changes have a fairly profound effect on Raven Guard due to changes in scoring units and winning criteria.

So for Raven Guard this impacts us in two ways. The first being that we cannot field all drop pod forces and go second and there is a lot of risk to going flier heavy. The second being that we have the opportunity to alpha strike armies off the table in turn 1. Not exactly friend making material, but for tournies... The rules are the rules.

Beyond Sudden Death Victories, the major update is regarding units that score.

On the flip side, you will run into people unfamiliar with the new sudden death rules. In tourney and friendly play, I would caution not declaring victory turn one when an opponent "Null Deploys" :)

Instead point out there mistake at deployment. In most cases, their game plan and list is probably so shattered at that point that you will likely win, and with Maun and Decapitating strike you are in a great position to truly smash people with turn one Alpha strikes. Lists trying to achieve this won't be popular, but it does make telepathy librarians and death wind drop pods a little more interesting.

It should be noted that Forgeworld is expected to fix the Sudden Death Victory conditions to the 40K version in the next FAQ. 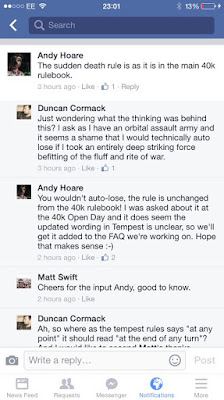