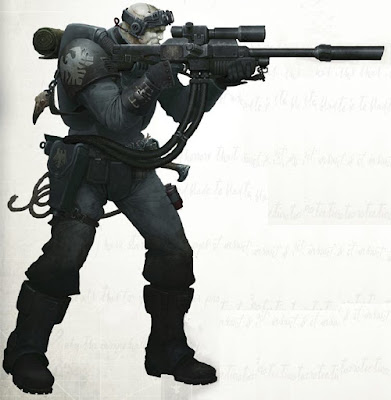 The ROW: Legion Recon Company, kinda falls in that category at first glance, but on deeper inspection, it looks like Raven Guard actually get some interesting Bonuses.


Limitations
First off let's talk about the wording. It's written a little bizarrely, but basically you can take 2 troop choices that do not have the "support" designation. So that can be recons, breachers, assault marines, or tacs. THEN you have to take a 3rd troop choice that must be a recon squad.

Anyway, what you get with the Legion Recon Company is a great first turn alpha strike formation that basically charges you a the cost of a recon squad as a tax in exchange for shrouding on your whole army first turn.

But is that good? Well you kinda have to compare it to Decapitating Strike as it does many of the same things for Raven Guard.

Luckily, I wrote a review of Decapitating Strike.

The Similarities
The Differences 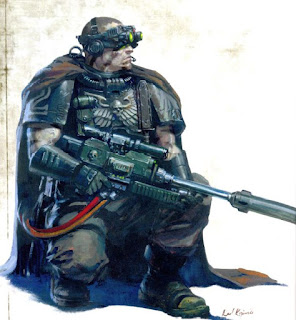 Interestingly, the subtle difference between the formations opens up a bunch of units that normally wouldn't be valued as highly when using the Decapitating Strike ROW. For example, units with scout get shrouding first turn. This makes all sorts of new units playable.

Pretty sure it says they ARE compulsory, not can be taken as such, so you need 3 units of 30-point marines.

In your section about Vigilators you say...

"But wait! There's more. What about running them with attack bikes or jetbikes?"

You can't do that, because Vigilators can't take a jetbike - or have I missed something?

Nope Unknown. Its pretty clear that only the third compulsory choice has to be a recon squad. The other two can be the normal choices or more recon squads.

@Neil: The vigilator could take a jump pack and cameleoline and keep up with the bikes. As long as he is in coherency it's all good.

Yup. You take the jump pack with the Vigilator and attach them to the bikes.

Only drawback to the vigilator with jump pack is he cannot take camoleIne. Still great to gain shrouded that first turn though.

He doesn't need to take cameleoline as he already has it and it applies to the squad ;)