I've been working on a Raven Guard army for a long time now to be used for 30K and 40K. The 30K side of my army is pretty dark, realistic and gritty, while my 40K Raven Guard are much more punch and flashy.

Mask everything not being painted.

Note: It's probably easier to do it before you glue the arm to the model... Nothing a lot of tape can't fix ;) 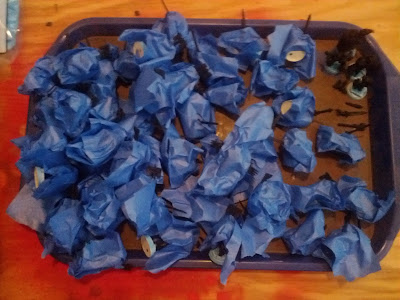 Pick your colors. I used white, ice blue, enchanted blue and black. I generally use GW or Vallejo. Recently I discovered Vallejo Air. It's awesome. I'll never go back!

Anyway, this is an addative process, so it's usually easiest to start with the lightest color first. Then you add a stripe of ice blue. 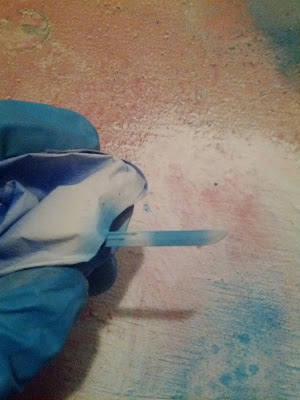 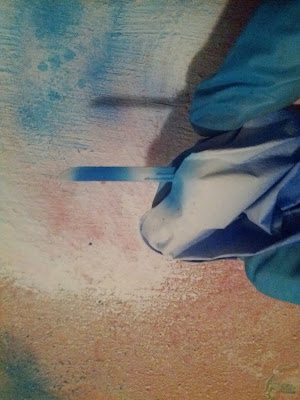 You put a piece of masking tape down the middle of blade. Re paint half the blade white and repeat steps 1 through 4. Make sure you you stagger the stripes so black is opposite white. 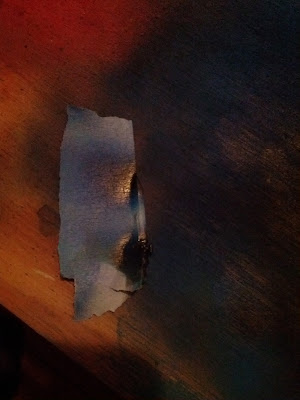 Add a thin stripe down the middle of the blade. I usually use the edge of brush to get a really crisp even line. 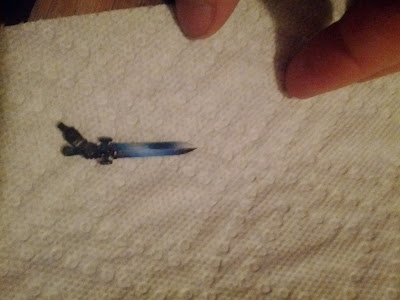 The final product! Lots of flashy power weapons to add some color to an otherwise pretty black army. 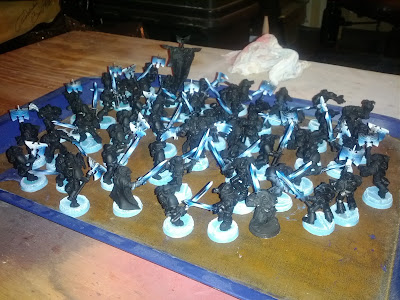