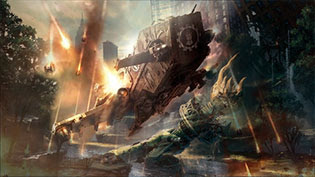 From June to August, we will be battling over NYC in the grim dark year of 0014.M30. Legion lists will escalate from 1000 to 2000 points. Factions will capture and hold territories giving armies access to dark arsenals, relics, battle boons, prizes, bragging rights and much more!

Battles can be played anywhere you want and it's free to join. Our goal is to build a rabid 30K community of Legions!!!

Mission packets are incoming, but check out the current rules!

First games and kick off will be at an awesome gaming club:


Just off the 36th street stop for the D,N or R train

I assume the admin of this website is truly working onerous in favor of his internet site, since here each data is quality based mostly.
https://casino-online-mexico.com.mx