Raven Guard 30K - An Unkindness of Ravens "The Air Force" 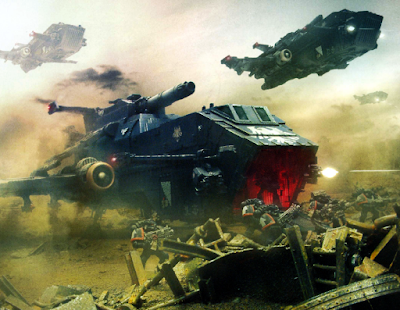 One of the very cool lists Raven Guard can field is an "aircav" or "air force" list. It's fluffy. It's cool. It's a very different way of battle. It's a a nightmare to transport :p

From a fluff perspective, Raven Guard had a full compliment of vehicles for their legion prior to the drop site massacre, but even after the Dropsite Massacre, Corax was left with a tattered Legion and had to reorganize them. They were combined into divisions based on combat specializations. The tactical companies became the Talons, the assault companies became the Falcons, and light vehicle squadrons and air support were renamed the Hawks. Another unit of genetically enhanced Astartes dubbed the Raptors was later added as well.

The Hawks are a great opportunity to make a fluffy air force list.

In any case, several readers requested some help building this type of list, and the truth is there is no set definition for a "Flier Force". First off I think of an "Air Force" and an "Air Cav" and a list with "Air Support" as three very different lists. An air force is about fielding fliers. An air cav is about flier transports. A list with air support is filling a niche with a flier (think Xerxes lightning for spartan hunting).

So for a "Flier Force" you have to kinda decide on what that means to you. Here are some concepts to mull over... 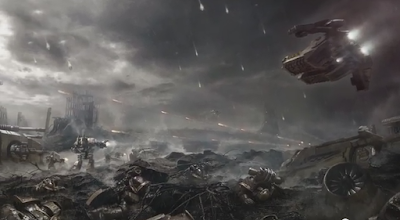 Once you have an conceptual idea of what type of flier force you want, you will next need to familiarize yourself with the flier options. Here is a high level review of fliers and how they can fit into your force. 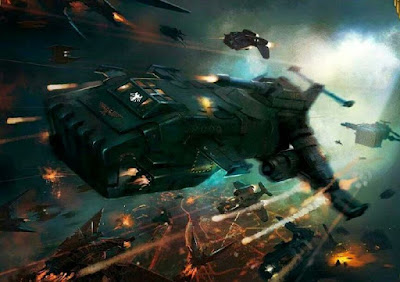 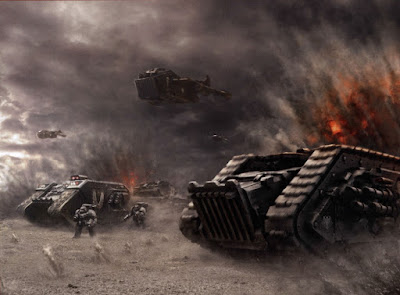 Note: It's important to know the exact wording with some of these units. For example, you can't ever choose to re roll a successful reserve roll... 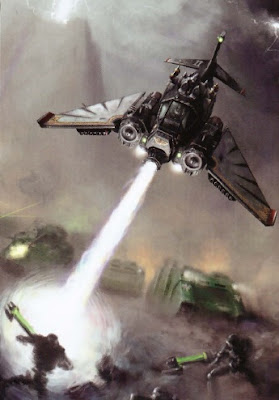 Let's get the obvious out of the way. Fire Raptors are an excellent value in your heavy support slot. I recommend upgrading to the autocannons. Lightnings and Xiphons are great anti tank options that you can take in your fast attack slot, and lightnings have spartan busting power with is pretty rare. You could go other ways with the lightnings, but this about as good as you get with tank hunting.

So 1320 pts, this is a great core for an air force list.
After this, your choices get harder.

You can start with boots on the ground to trash things like deredeos. One thing to consider is Maun needs to start on the board to use many of his rules, so consider giving him cameoline and putting him in a resilient unit to weather the first shooting. Alternatively, you have lots of other scoring options like dreads, preds, jetbikes, etc.


The list definitely has issues with ground control, but it's very strong against a lot of armies in a lot of missions. That said, this list really magnifies the issue of most air cav lists. It's 900 points spent on 2 tac squads and 2 storm eagles. It's unlikely you will shoot an army dead enough to have a naked tac squad push its way onto a contested objective.


In the end, you can see there are a lot of variations on the "air force" or "air cav" or "air support" theme of army. But the major thing you should take away, is that a Raven Guard flier list are strong, varied and interesting. They play very different than a standard Raven Guard force and Raven Guard have more options and do flier lists better than most legions.

Dig the idea, I can't get past all the $$$$$ that it'd take for 3 fireraptors and 3 lightnings...LOL Kinda bananas, but those would be the three I'd take though. Seem like the best options to be honest. Maybe have 2 lightnings loaded for spartan/super heavy hunting and then 1 loaded with phosphex bombs to troll all the troops and terminators? Throw some autocannons on there and 2x2 phosphex bombs so you can hurt light armor with the autocannons and the lascannons on the lightning. Not to mention the plane would look SICK.

Totally! But you can use nephilum jet fighter for a lightning to save some dough. They have the same armament ;)

But yeah. 3 Raptors seem an obvious choice or 1 if you go decap strike. The lightnings hit like a ton of bricks but the Xiphon is a solid option as well.

I am truly appreciative to the owner of this website who has shared this nice article at this wonderful place.
https://casino-online-mexico.com.mx