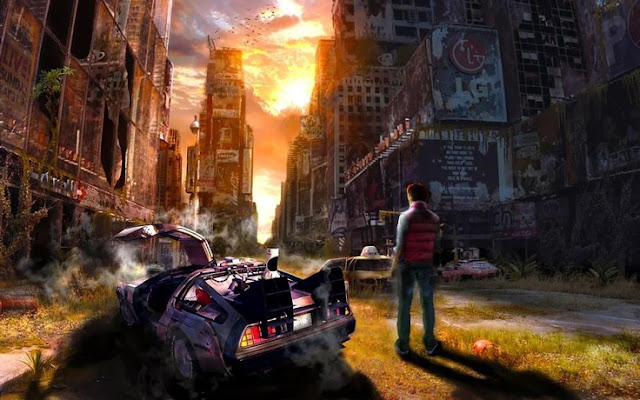 As with all Campaigns, you sometimes end up with a couple players itching for a bigger fight. In this situation we also had an uneven group from different factions. Luckily we thought ahead and had a multip play territory available for mutli-play.

The mission was Tide of Carnage:
Name: Times Square *BATTLE ZONE*
Bright lights mask the murder in the shadows as Legions battle from all directions trying to control cross roads of Manhattan.

Bloody Square: This battle is always played on a 4’X4’ square board.
Battle Zone: More than 2 players must fight for a battle zone. Total points per faction must be equal. The battle is worth 1 win for every 1000 total points in the battle.

Faction Boon:
When the ball drops - Auld Langs Syne is a short range tactical nuke. At the end of each month, the faction that controls Times Square can eliminate a territory of their choice. This territory becomes a “No Man’s Land”.

Note: For our campaign, we are ignoring the traitor and loyalist restrictions on army selection. 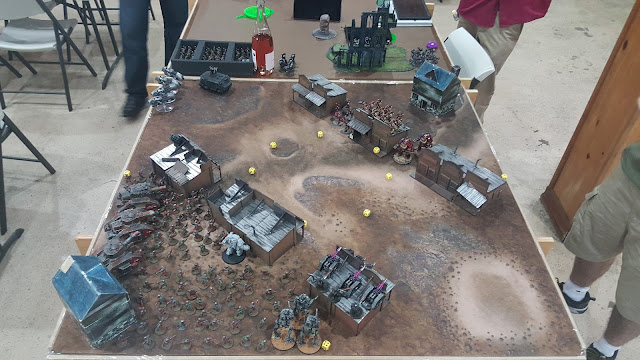 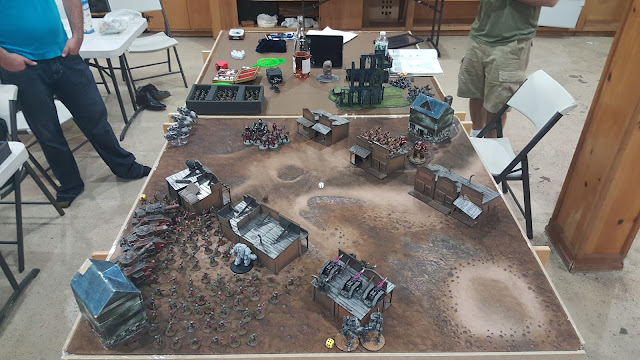 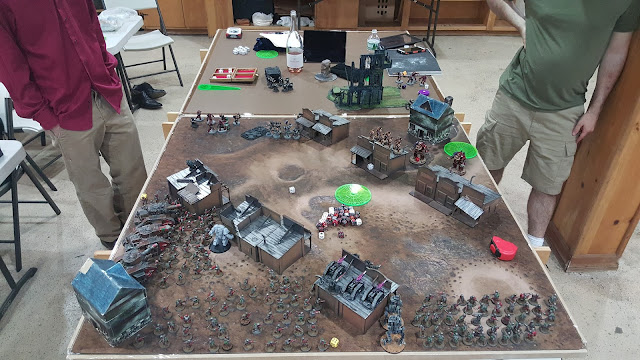 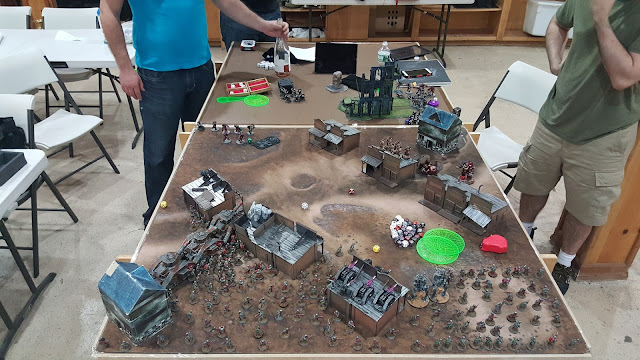 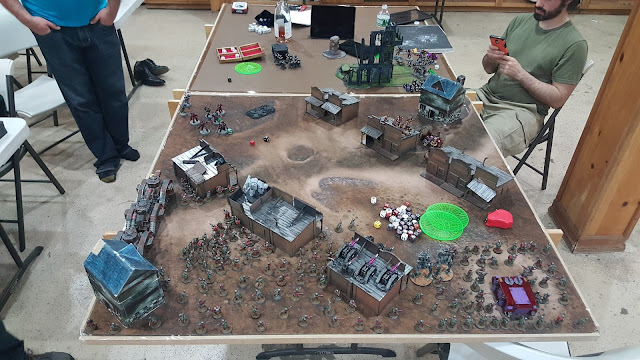 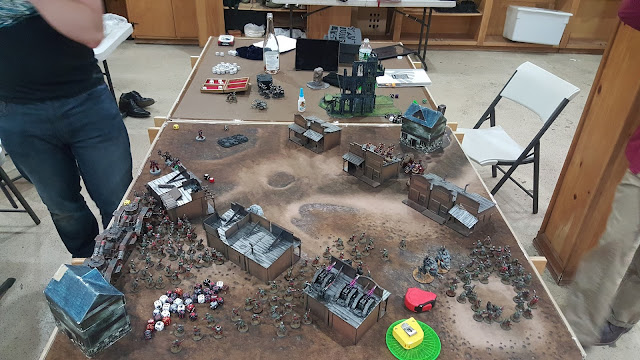 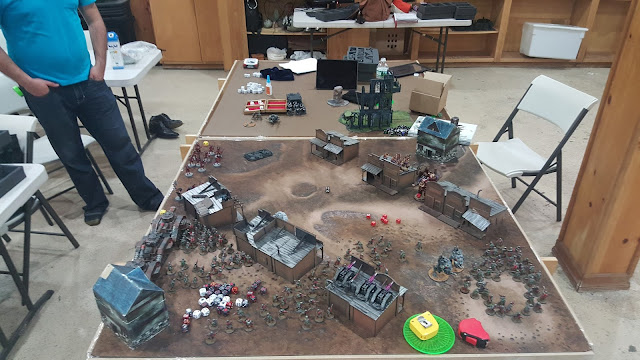 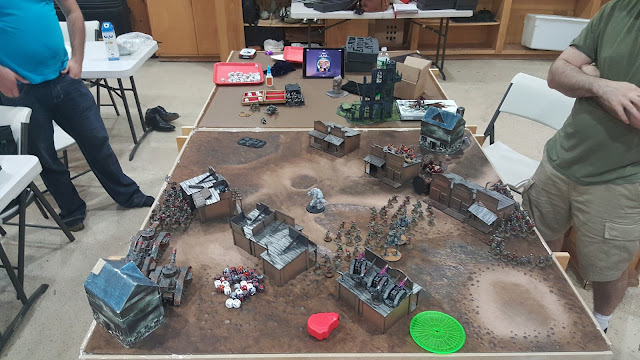 So everything went pretty much according to our battle plan. Gal Vorbak and Ashen Circle ran towards the corner which basically took them out of the game. The contemptors were also drawn out by delaying the forward progress of the levy squads. This allowed us to kill them with our heavy tank killing units. Bubble wrapping the southern board edge allowed us to deal with the outflanking rhino.

In hindsight, the traitros could have played a very different game. Contemptors could easily have been hidden out of site and come out late game to tie up levy units before the got to no man's land. In addition, if less psychic dice were thrown at other power more daemon could have been summoned, which would have anchored their deployment zone and possibly won the attrition secondary objective.

If I were the traitors I would have played for a tie on the primary objective, expecting that both sides would hold their own deployment zones and no man's zone would be contested and tried to flat out win by summoning and hiding daemon unts. Maybe you get lucku with late game reserves on the vets to contest the Loyalist deployment zone.

As it was they larely played into our hand and lost because of it.

This text can assist the internet folks for creating new web site or even a weblog from start to finish.
https://casino-online-mexico.com.mx