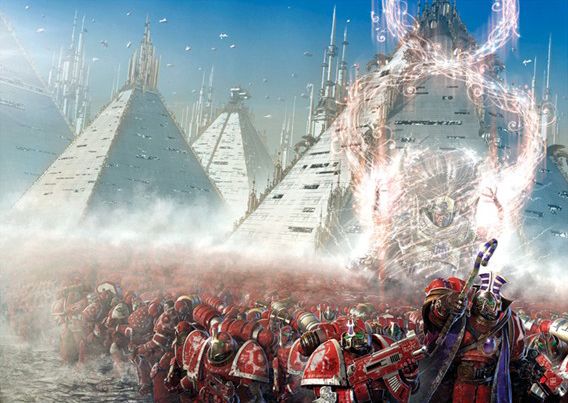 In this game we fight for the Financial District.

The mission was War of Lies: 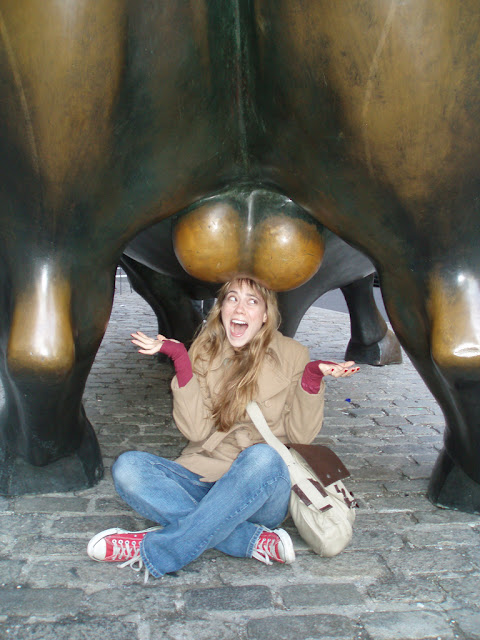 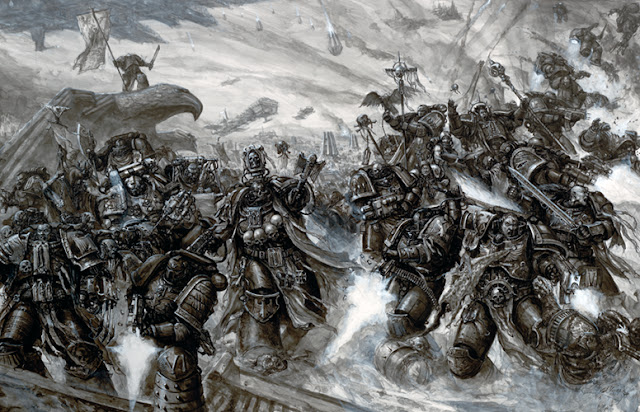 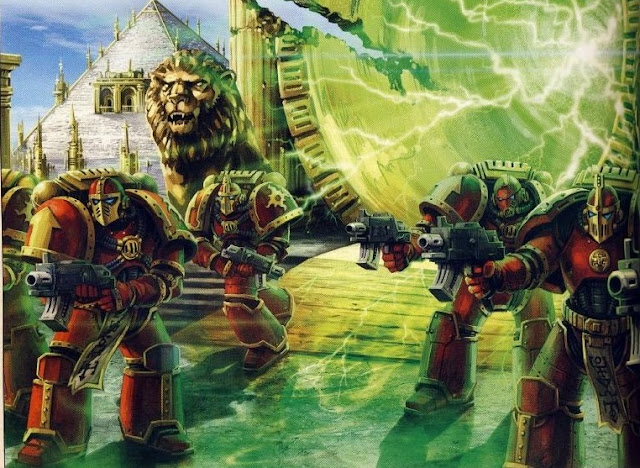 We rolled search and destroy, which is basically corner deployment with a 18" diameter no deploy one in the middle of the table. 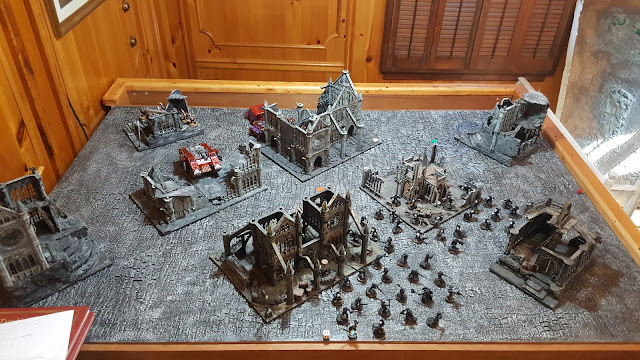 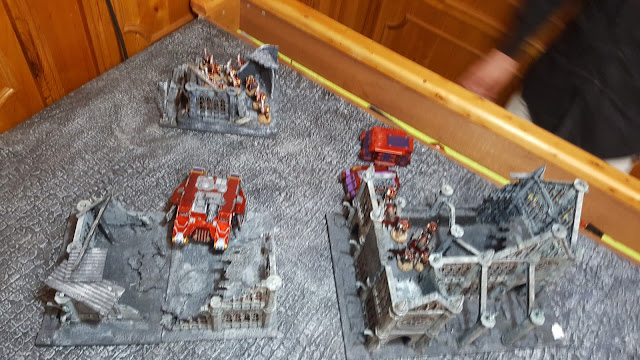 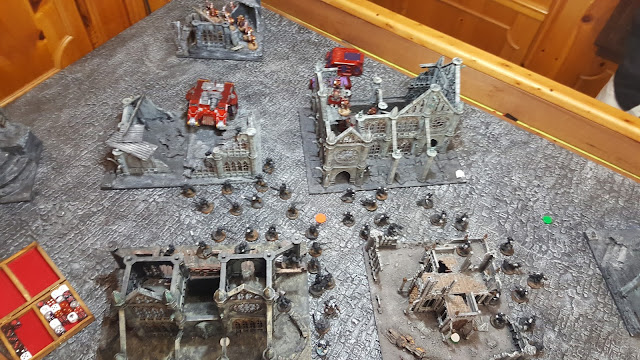 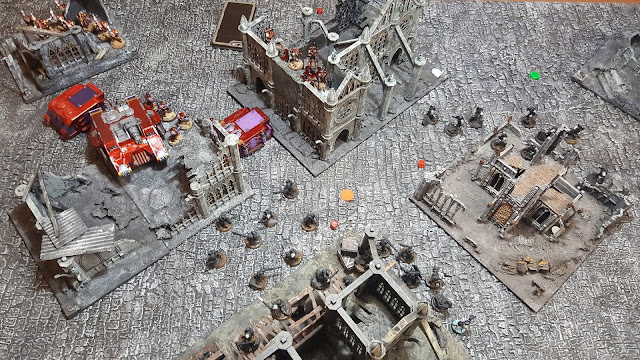 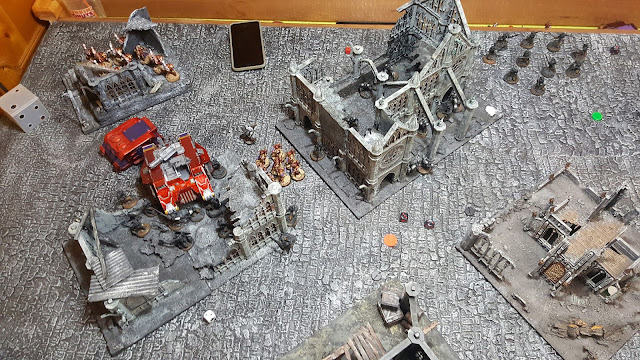 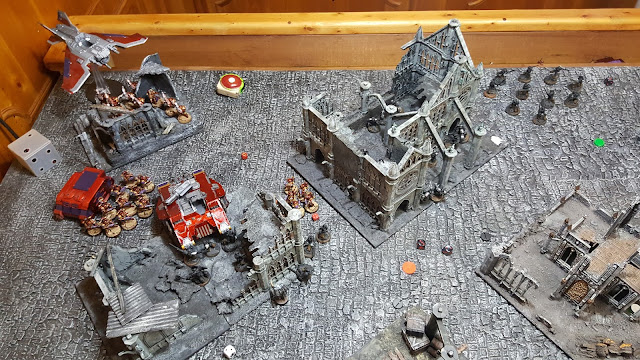 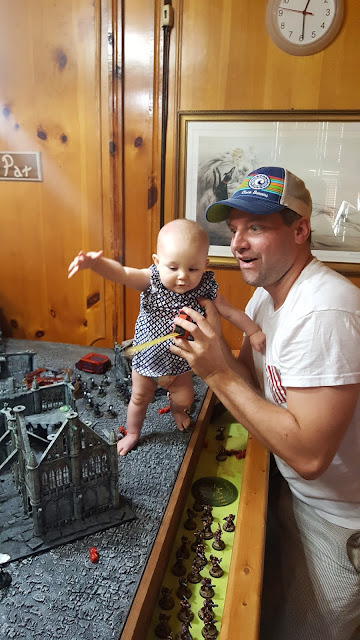 With only a flier left the Thousand Sons forfeit the battle...
And Violet Storm de Florio eats the corpses... #first30kbattle


Tactically speaking, we both made a ton of mistakes. I failed to realize I could charge first turn and my opponent probably should have deployed further back than he did. That said, it played exactly as if I had used infiltrate rules and charged on the second turn and he had pinned himself in a corner pushing me back 18".

In general, the 20 man assault squad with melta bombs and power axes, a chaplain and apothecary were absolutely beastly. They sucked up massive fire power and were able to tie up units and pop tanks easily with the reroll to hit melta bombs. Even the Achilles was overkilled by twice it's hull points. I am still trying to decide if you should take combat shields on these guys. It's only 60 points for a 5+i save for the whole squad. I'm think of it as insurance on an investment I have already pumped a crap ton of points into...

I also found the Dark Fury are just murder against basic infantry. 4 Dark Fury easily rolled through 10 tacs and an artillery unit. It makes me re think maybe taking 5 man squads, although it seemed like they need the wounds to make it to hth.

In general, I think the apothecaries all made their point back too and then some. I think they might be a mandatory tax for these heavy point point squads.

I was also impressed with my opponent's phosphex rapiers. They threw out a crazy amount of wounds and really could have been much worse.

My final comment, is that this Raven Guard list is interestingly deadly because it has nothing for tank hunting weapons to shoot. Sure they can pick off 30 pt Dark Fury jumpers, but at the end of the day, tank hunting weapons are expensive and inefficient against this list and took points aways from other infantry clearing options.

Small note: the conclusion is "Shrouded" in black text on black background.

You must be Sable blind to read the comments...

Jk ;) Templates tech issues... It should be fixed now.

So you need got to use H&R?

Where did the Chaplin go ? He had a boarding shield so couldn't have a Jump pack ?? Cheers

Where do you see anything anywhere about consuls with boarding shields not being able to have jump packs?

Very awesome!!! When I seek for this I found this website at the top of all blogs in search engine.
casino-online-mexico.com.mx