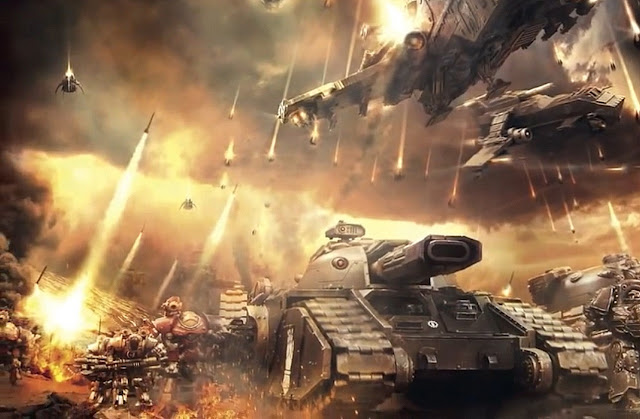 Typically when you think of the Raven Guard, things like Fellblades and Falchions don’t come to mind. However we know that all of the legions had access to all the different weapons of war, unless you’re a Salamander and want to run phosphex. Now there were Raven Guard super-heavy class tanks and there are great ways to make them great additions to a Raven Guard list.

There are some limitations with us running armor, however. With the Flesh over Steel rule we don’t have the capability to run certain armored Rites of War, though I don’t think we need to do that at all. Certain super-heavy tanks fit right into a Decapitation Strike list as well as Corax could, though filling a different role.

It is important to note the inherent benefits of running a super-heavy tank. Super-heavy tanks benefit from being able to ignore terrain, other than impassible. So no more needing to pay 5 points for a dozer blade! Just roll over or through whatever is in your way. In addition, these things have loads of crew and can take on loads of threats at a time, so they get to fire each of their weapons at a different target! So with that fellblade you can open up that Spartan with your quad lascannons, shoot your accelerator cannon at a group of pesky tac marines running towards your lines and then blow the unit of Red Butchers in front of you away with your demolisher cannon!

I won’t touch on every super-heavy tank that the Raven Guard can take, but I will touch on the main few people will be drawn towards and list their pros and cons. 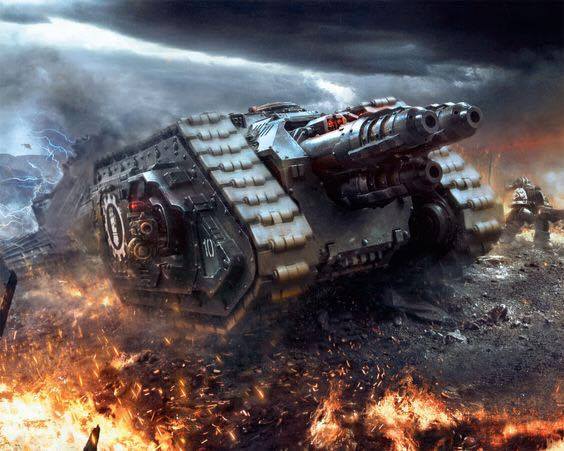 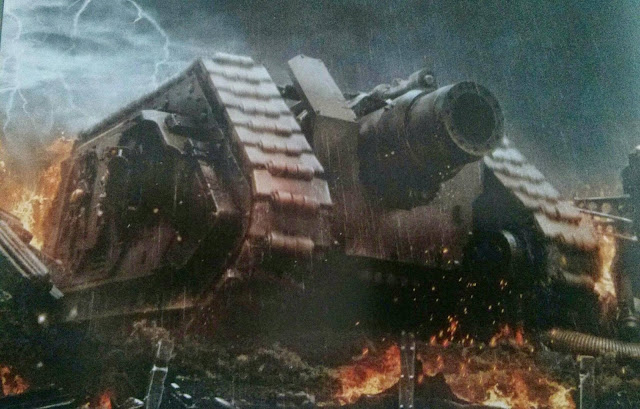 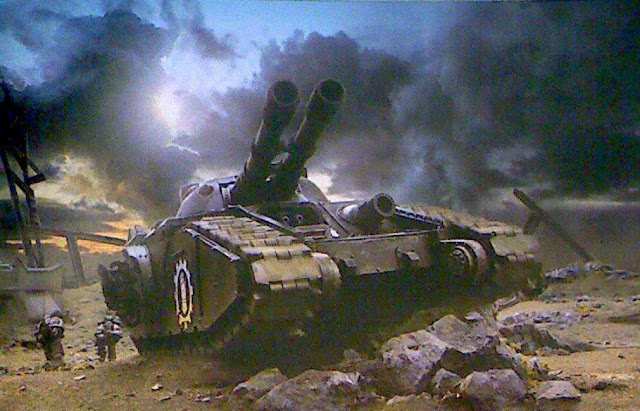 So there are some winners and losers here in the super-heavy tank category when talking about Raven Guard list construction. I will go through a couple different ways to implement them in a list here to offer some perspective. I am not going to do points, but just throw some units down to show how they will work together in a list.

I think there are some points left over to change the list around to your style. This list will make good use of the Typhon shot when the siege breaker attached to the lascannons and quad mortars open up the transports for the Typhon to blow the elite units away. Mor Deythan and vets move upfield and mop up whats left while the tacticals pod onto objectives and hunker down for the duration. Solid. 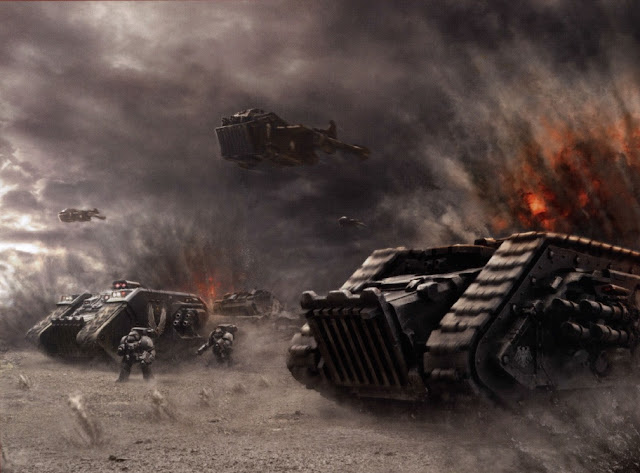 
Though it sounds incredibly dirty to include a crazy good tank with our primarch, it can be a terrifically efficient way to get firepower and localized close combat support into your list. Maun has 20 buddies to guard him, while the other 10 tacs infiltrate onto an objective and hunker down. The 2 darkwings provide the mid-game firepower that the two sicaran tanks and the typhon provide with the grav-cannon rapiers in the early game. Again I’m sorry if that’s too many points I’m just spitballing.

So the two example lists were with the Typhon, but it is my favorite and I am a tad bit biased towards it. I think the stats speak for themselves that it is the clear choice for effectiveness in the super-heavy tank talk.

What is your favorite super-heavy tank and why? I love tactic talk.

Great article Parker. Just thought I would add a little tactical commentary here in the comments.

- Recon ROW doesn't let you start with hvy support on the board, but you can start with super heavies. So building super heavies into a ROW that helps you go first almost 90% of the time? Count me in. Works really well with good alpha strike units. Think grav platforms that crack a spartan, then you hit the unit inside with a typhon.

- The Falchion can upgrade the volcano cannon with a neutron wave capacitor. With the price tag of this and ceremite, you will only be pulling this guy out in big games. BUT if you hit with this monster, other super-heavies are shaken. THIS IS HUGE. Since most super-heavy shot template weapons. Yes, you can get the rule on the cheaper venator, but it's on a Str D weapon with a lot more survivability on the Falchion. Expensive, but you win the super heavy arms race.

- Liberation Force ROW - Bubble wrapping your super heavies is a great way to keep them alive and cheap fearless militia are a great unit to bubble wrap with. Also consider an Imperial Statue out of the fortifications, which make your units fearless. You also can bring tons of cheap AV 1 with militia, so yes AV14 spam can be a real thing.

As for filling holes, Raven Guard don't get any bonus to tank hunting other than infiltration which gives you positioning if you use something infantry based. So I'm always looking for more ways to kills AV. Especially big AV. Spartans and knights can be a real problem for RG if you didn't put a mega can opener in your list. Enter something like the falchion. It shines at high point levels, where you just might have to deal with multiple super heavies and a titan :)

As for increasing advantage, Raven Guard are especially good at killing infantry in cover, in the shooting phase. Add a Typhon and no you are better at it than everyone... No other other legion can bring as much cover ignoring death. Match it with grav rapiers, or grav speeders, or vindicator laser arrays watch your opponents scurry towards LOS blocking terrain. Playing both sides of the table is how you win this game ;)

Small detail. You don't have a MotL in your 2k5 decap list.

Miraculous blog site!! I would surely bookmark this site and every day I’ll get more and more latest information.
casino-online-mexico.com.mx