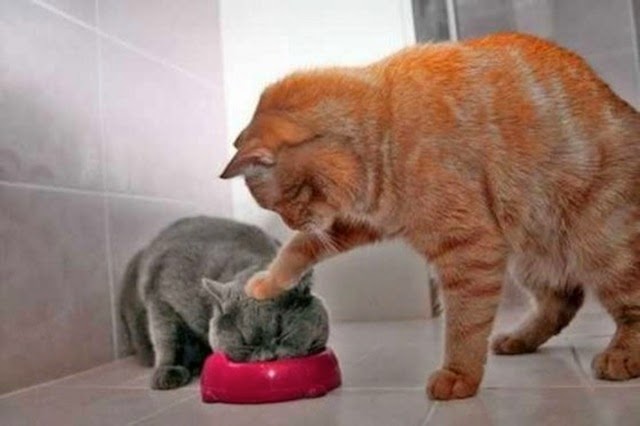 I always approached 30K as "Historical gaming in the 40K universe".  The 30k rule set does a great job of nailing the personality and battle doctrine of the original 18 space marines legions and their approach to the battlefield.

The rule set is also a bit of a throwback to earlier editions, where you picked your army from an force org chart and caps were placed on units by a percentage of points in the overall list.

What truly sets 30K apart as a unique game is that most games are mirror matches played from the same codex. Sure you have Legion rules, war gear, Rite of War, special units and special characters layered on top to customize the armies, but in general you are sending very similar armies against each other.

Even with all the layers of rules you can heap on top, it is not uncommon to see the same units on either side of the board that are often not enhanced by the parent legion rules set. Think Spartans, Leviathans, Contemptors, Sicarans, etc. Fundamentally, many of the better units are core units in the codex and can be taken by any Legion.

With most games being played out of the SAME codex, an inherent balance exists in the game that is difficult to achieve in 40K where all the races have radically different core rules. Massively different rule sets lead to rock, paper, scissors mismatches.

Another balancing factor in 30K are the larger compulsory troops sizes. Units generally start at 10 guys and get significantly cheaper if you take larger squads. Thus armies tend to start with a similar core and the core tends to be a large percentage of your overall points. So armies tend to be fairly similar in build.

From a game design perspective, its clear the Legion specific units are upgraded versions of units already found in the core codex. Even Special Characters are based off the core codex templates. Often you are simply taking about a praetor with an extra wound and some special war gear or warlord traits.

All these balancing factors really leads to a game where a win vs. a loss is largely based on the skill of the General. It is the most balanced game system for competitive play that has been put out in a long time by GW / FW. There is no BEST list. Every list is beatable. And as long as you bring a list that is built towards taking all comers, you should always have a good chance to win any mission.

SO WHY ALL THE HATE OF COMPETITIVE 30K!!!

It starts at the $$$$ price of entry.  30K is exceptionally more expensive than 40K, and that is a HUGE statement in itself. Until recently, if you wanted to play 30K, you had to throw big money at Forgeworld. Games Workshop finally put out a plastic set and there is a rapid proliferation of recasters that entered the scene... Still the point stands that original adopters of 30K were older veteran players looking to field a "master class" painted army. For a long time, this kept a lot of the younger players, the new players and the competitive players deeply invested in 40K, away from the 30k game.

From these roots, we have a community that is hugely invested in the aesthetics and "historical" accuracy of their Legions. To the contrary, 40K is chock full of "counts as anything generic marines", as its all you can do to keep up with the codex creep and breadth of rule sets. Instead, in the 30K community, the colors matter, the list makeup matters, the mark of armor, the heraldry and the tactical markings matter.

In addition, Forgeworld has gone out of their way to build the game around major events and timelines of the Horus Heresy. They published campaign systems, missions and rules. They created Zone Mortalis, for smaller games and boarding actions. They added character advancement tracks and even campaign relics. And to be truthful, many of the major battles in the Horus Heresy were not evenly matched. Betrayals like Dropsite Massacre, gutted legions and killed off primarchs an some of the missions reflect this ugly truth.

So it's important to understand that the HATE comes from the lack of respect of the fluff. The disregard of Armor Marks. The tolerance of halfhearted painting attempts. BUT MOSTLY from the prioritization of the GAME over the other parts of the hobby.

But should that mean 30K should shun competitive players? Absolutely not.

IN DEFENSE OF COMPETITIVE 30K

In my experience, the rules and the game system are as important to the hobby as the miniatures, the fluff, the painting and the format of the games being played.

IMO, the best games are close games with well painted forces, on an amazing tables, with enthusiastic opponents. (Booze helps too). But the games I remember, are the games that came down to the last dice roll. The close games. The competitive games.

More than any other GW/FW game system, 30K is built for close games. Thus, 30K is the best system for competitive gaming. It's the Generals and the tactics employed on the table, which wins most games, not who can afford the newest models.

It's also a game system where every Legion has a lot of strong builds, which is an amazing feat for a GW/FW ruleset! With my Raven Guard I can field jumper heavy, flyer heavy, pod heavy, infiltrate heavy, outflank heavy, rhino heavy, AV14 heavy, alpha strike, beta strike and even attrition lists and stand toe to toe with the best that most Legions can put together. And that is only one Legion!

So let's be brutally honest... Is 30K a game system that is pointed well enough for any Legion to bring any units they want and still be competitive? Unfortunately, No... It's not written that well. So what you field matters.

Which brings me to why competitive gaming is important to the community. Knowing your codex and what choices are bad is an important part of being a responsible gamer to the 30K community.

Nothing is worse than curb stomping a bad or new player. It's not fun for either side and it's not a function of player type or a function of what list you brought. It's a function of under emphasizing the importance of the GAME aspect of the hobby. It is also important to know your enemies strengths and weakness. If you ignore game part of the hobby, you will be beaten by a more knowledgeable opponent.

Strategy, list building and tactics are core parts of the hobby and honestly, investing time into the GAME is an important part of being a responsible member of the 30K community. Don't show up without a plan. Don't be that guy.

In closing, I started writing a tactics blog as a place to store my thoughts and chronicle the building of my Raven Guard legion, but it has grown into something much, much more. I have seen bad players become good players. I have seen NEWBs grow to community leaders. I have seen players start with a 500 point forces that grow to legions. And I have personally enjoyed the tactical discussion and strategic pondering of how to build certain armies and how to counter other armies.

So I feel that after all the hours of assembling, converting, priming, painting, inking, highlighting, flocking... After all those lists built and Facebook posts written... After all those glued fingers, exacto blade cuts, pin vice punctures and rugs ruined from drop paint pots... don't you owe it to yourself and your opponent to play the game well?

I think you do and that's why competitive gaming belongs in 30K. Take some pride in your GAME.

Hello. Great job. Congratulation.
I am new in 30k. I'd like to ask you: what's the first?: RoW rules over legion rules, or legion rules over RoW rules?
I 'd like to begin a Space wolf legion, but the only compulsory troop is grey slayer. In the other hand, rules like some RoW (pride legion) or leman Russ himself tell the compulsory troop must be veterans or terminators. Then, can I make my army with this RoW, or not, or I need Russ?
Thanks a lot

I know that sucks for wolves... But that's how it usually works.

The compulsory rules are clunky.

Personally, I think ROWs should override legion rules. But there is not really any rules to support that view, but I think it works best that way.

I think the same. In the other case, SW could use very little RoW
Thank you

I suspect in this case again it is about "feel." Space Wolves are "supposed" to have an army structure markedly different from most other legions, which would be kind of lost if everyone just played them with something like the ever-popular "Pride of the Legion" setup.

I'm torn about it.

On one side, from a fluff perspective SWs have always been structured very differently but on the other side, 30K is all about LEGIONS. All the Legions had the full compliment of war and the sizes of battle in 30K are a just a skirmish or a small part of a larger battle...

So anything is really a possibility.

I also think that ROWs are in a weird spot anyway. They really should be a codex overide. The game designers would do well to give an order of operations...

I think 30k is going through the same debate 40k went through back when I was an active player (4th edition). Before allies got out of hand, competitive armies still worked reasonably well with the fluff so there wasn’t a sense that you had to pick one or the other. It was just a question of how harsh you wanted to be and whether or your local players were tired of it.

One the appealing things about 30k is that there are a number of viable ways to build an army. Without the current self-restraint on, say, quad mortars with phosphex, there’d be fewer. Where do we draw the line? I think it’s fair to say we’ve drawn it at a point that still leaves most footslogging lists uncompetitive – we’re not being 100% gentle. But I’m happy that I don’t have to prepare my lists for 6-12 of them.

As for Space Wolves and compulsory troops – the fact that taking Leman Russ makes Varagyr Wolf Guard and Veteran Tactical squads compulsory troops makes me doubt that FW intended for Grey Slayers to be the only compulsory troops, ever. Just clumsy wording when they tried to make Tactical, Assault, and Breacher squads non-compulsory.

Hi dude. Love the blog. Great work. What happened to the 1k sons entry? I had a quick look and came back to read properly and it's gone.

Hi. I couldn't agree more with this comment. I have found your work to be fantastic. I regularly come back to read that particular post and I couldn't find it. I would very much appreciate it if you could re-post that blog entry

Sorry about that guys! Not sure what happened to the original post... I found a version on the google cache site and re posted it.

I think it was the latest version that I wrote.

Hello.
When you read Thousand Sons, you can see: "...this means certain Rites of War wii be unavailable to a TS force".
But in Space Wolves you cannot see this sentence.
I think, in SW force there are 6 types of troops, and 5 of them with the support special rule. Anything else. In my opinion, SW could use every rite of war.