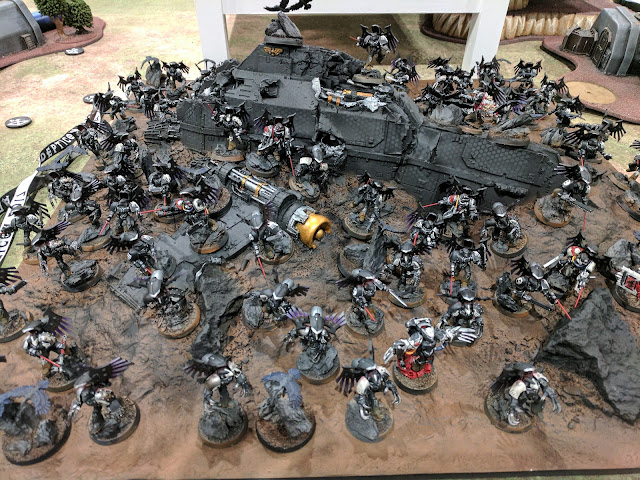 
For the Adepticon 2017, I will be building The Falcons.

Finally, we get to what makes the Falcons Division of the Raven Guard, the Falcons. As all Assault Company you need to give them wings!

So this article is about the jump packs.

Wash the resin down with soap and water. I usually just soak them in dish soap for awhile when I'm doing something else hobby related. If you don't, your primer will flake off. Your paint will crack. Your models will be ruined. Don't risk it. don't skip this step.

Inevitably, you will end up with bent wings from Forgeworld. DON'T TRY TO BEND THEM BACK. They will break. Instead, boil some water. I use some tongs to hold the wings under water for awhile and then straighten the vanes.

Paint it Black! On these I used GW black spray primer. It's expensive nut it works.

Airbrushing light weight bits was the bane of my existence. Alligator clips, tweezers, pliers... I tried it all. Eventually, I discovered masking tape! Staple it sticky side up to a piece of card board and press the part onto the board. Air brush away! 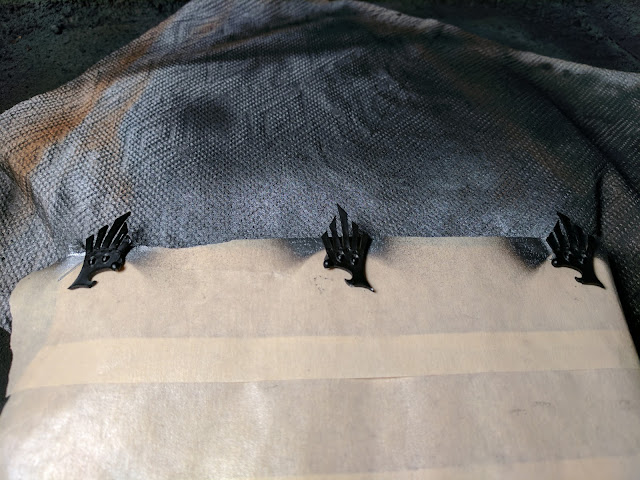 Blocking. I use business cards a lot to block or bounce paint to certain parts of mini. For the jump packs, I used this technique to add silver to the jump pack vanes. 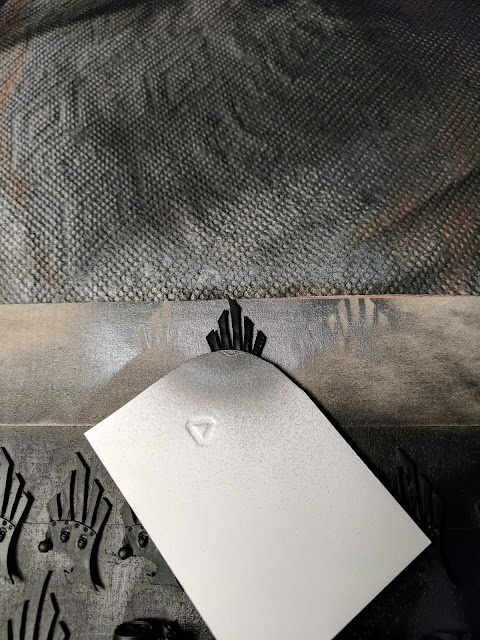 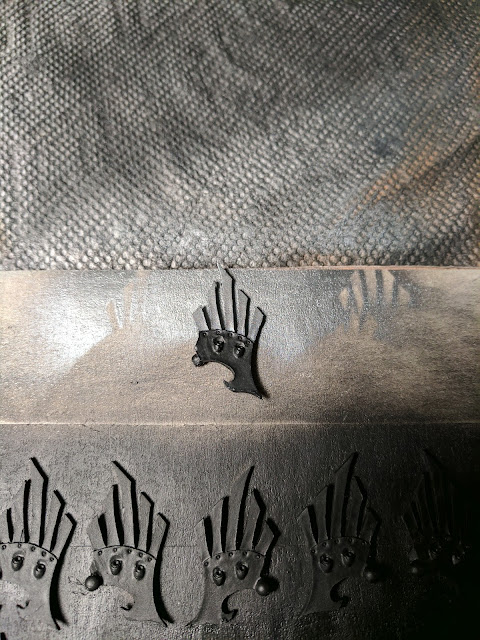 This is MUCH faster than individually masking them with tape. Especially, when you are painting A LEGION! 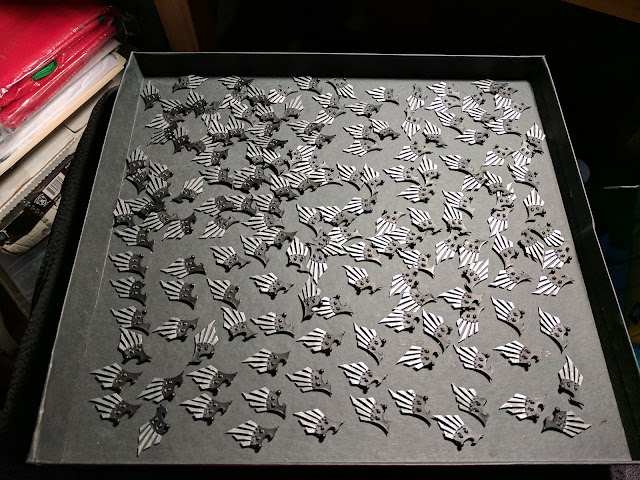 I wanted to add some color to the wings. Black armies in general need color to not look like they are just primed. I tried out a couple different options by airbrushing on some SCHMINCKE AERO COLOR.

From left to right: 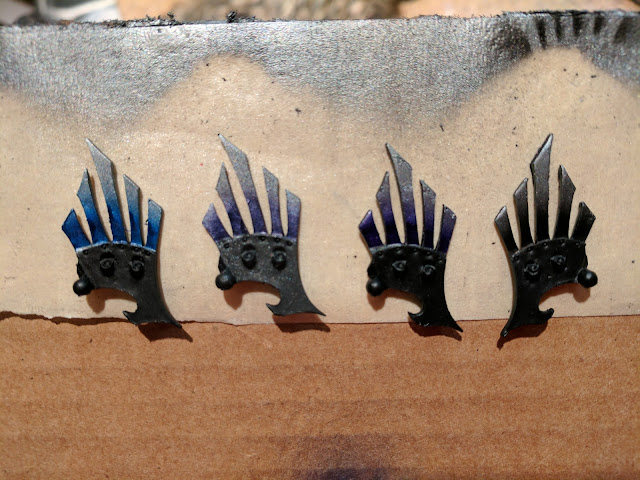 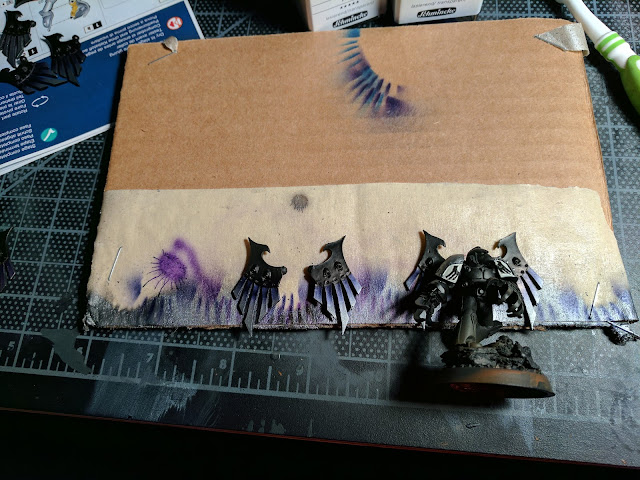 In the end, I have a little 10 month year old named Violet... So the choice was easy ;) 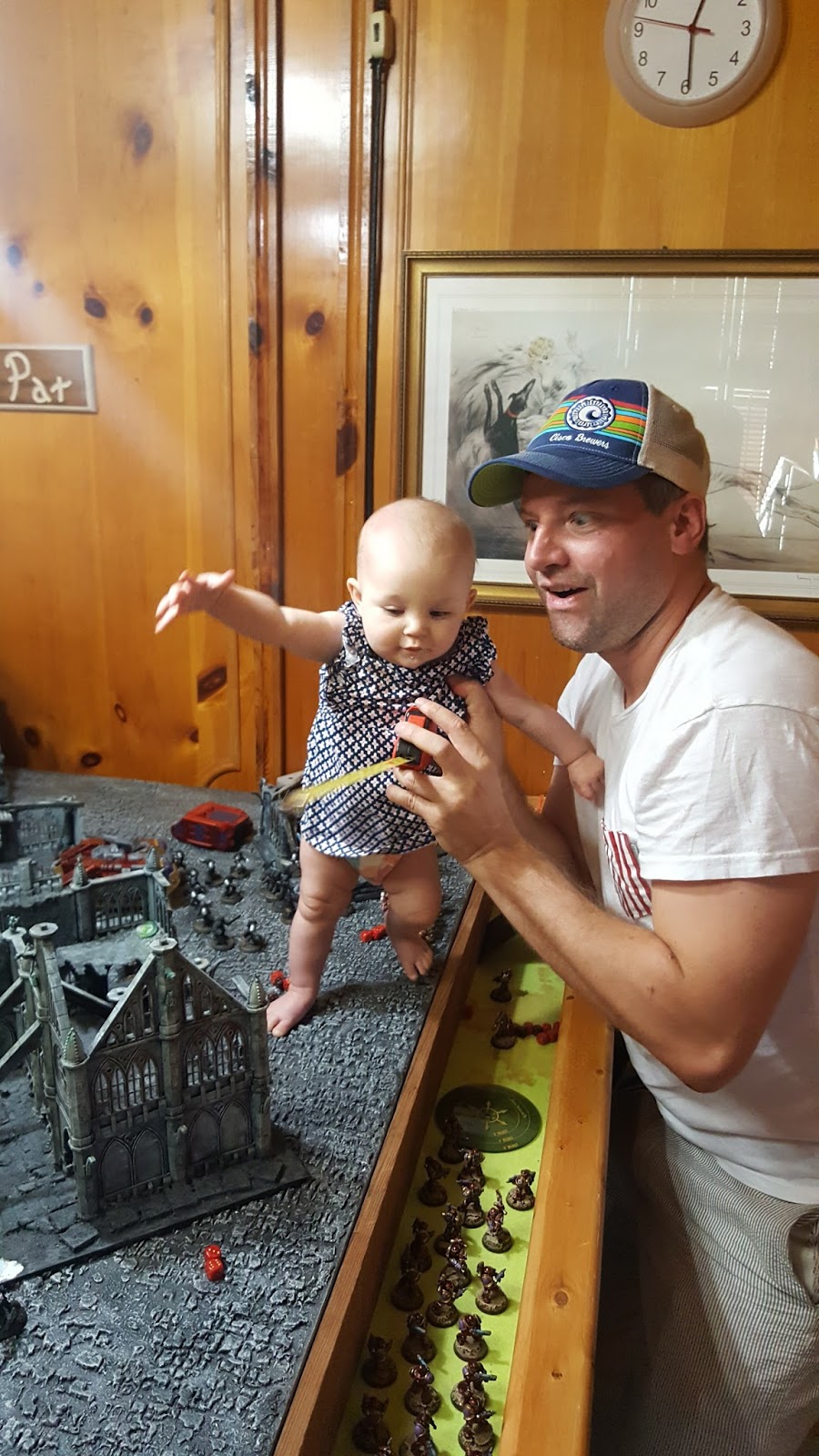 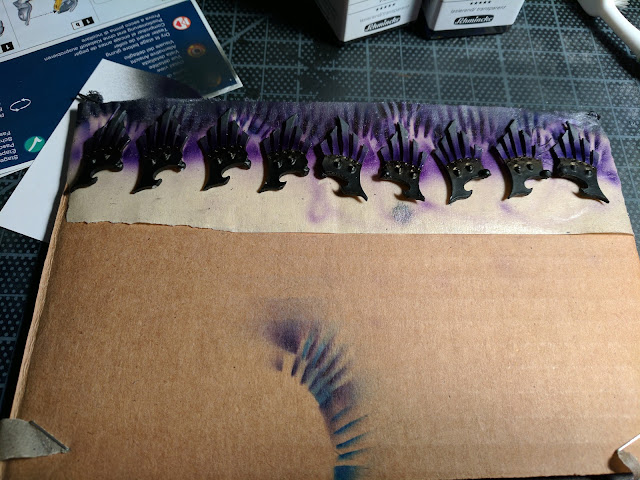 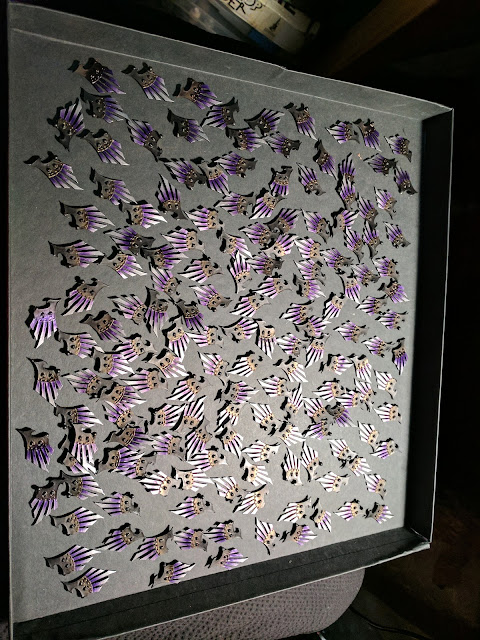 Jump packs give you a lot of cool painting options. You can do all sorts of cool smoke and fire options. In the end, I decided to use the object source light to get another color onto the black. I airbrushed red into the vents, cleaned it up with a little black and painted the flange with silver and then inked it.

For object source lighting, I used a light angled spray of mephiston red. 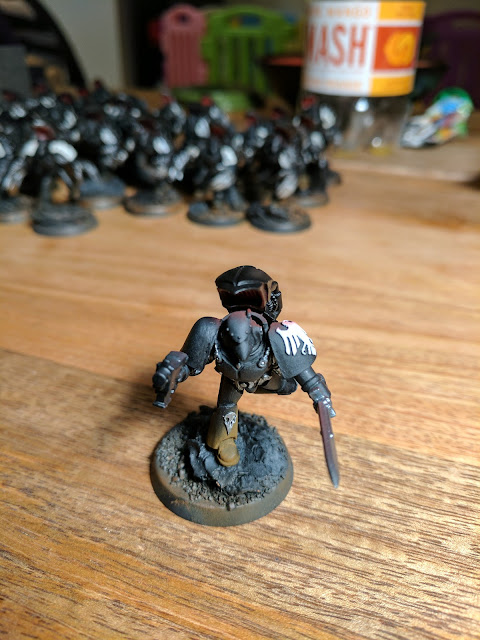 Parts Assemble! With the jump packs and models assembled I can finally focus on the painting of the details! 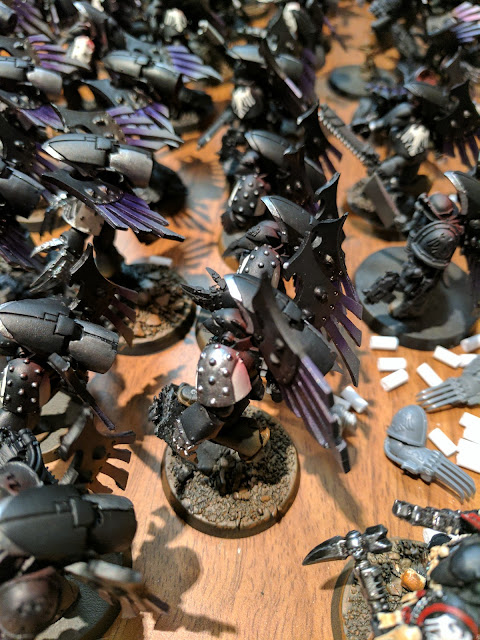 While this army was a bear to convert, the army was a joy to play. I've never had an army attract so many people stop to inquire and admire. 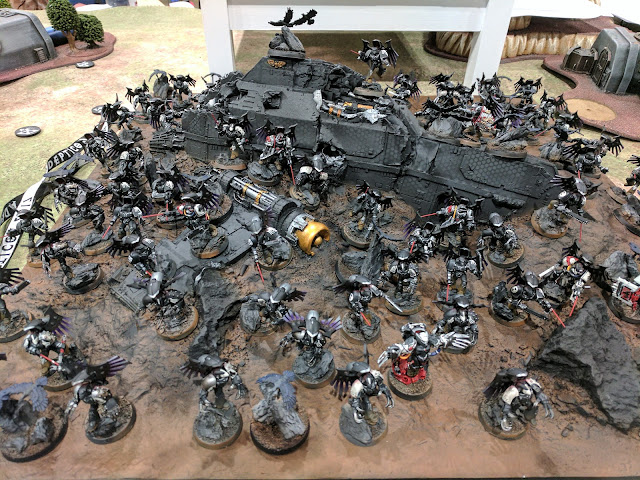 The judges in the 30K tournament awarded the army 29 out of 30 painting points, which tied for best painted!!!

So no medal, but I won a $25 at reaper girft certificate and had some great conversations with fellow Raven Guard players that loved the Raven Guard Falcons Division!!!!

Where did you get all of those cool ravens , very fitting ?

Your articles are extremely fit and approved and incomparable.
casino-online-mexico.com.mx