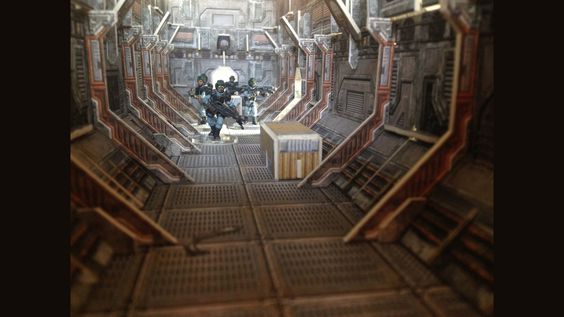 With 8th edition coming out this July, I have largely taken a break from writing tactics articles for 30k. But have no fear! I will jump back on the bandwagon as the rules are released and probably expand into 40K tactics as well.

In meantime, I have been focussing heavily on rebooting my home gaming space and trying out some new games!!! So get ready for some articles on Shadow War Armageddon (SWA) and Frost Grave!!!

More importantly, I have decided to take build a zone mortalis board, with matching buildings and catwalk infrastructure for sci fi skirmish games like Infinity and SWA.

As much as I like the Forgeworld zone mortalis sets, that fact that the walls are attached to the boards kinda bums me out. So instead I tried to find something more modular. In the end I decided to go with an MDF solution from Wargame Model Mods called Maze of Death! 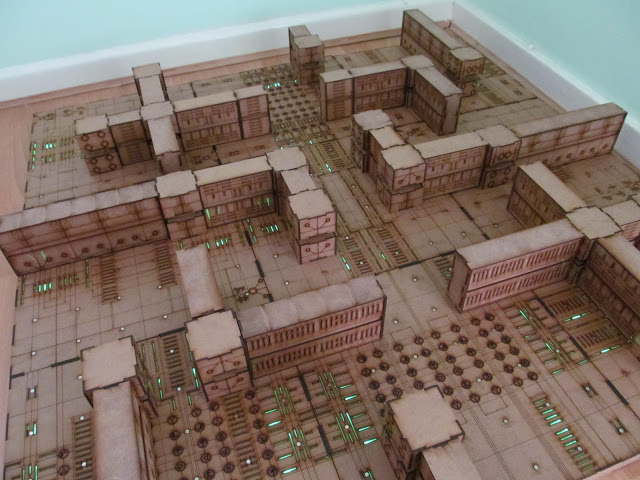 The Maze of Death System is pretty awesome. The walls some in 1, 2, 3 and 4 length sections and corners. 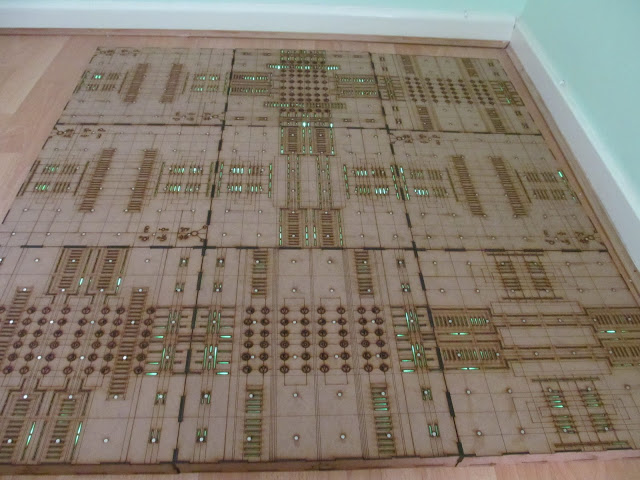 The board itself is pretty awesome. It's modular, so you can do different sized boards. It's magnetized so walls don't shift around and it has awesome lighting effects!

All that said, I decided to start with just walls. For one I really love playing on gaming mats flooring tiles take up space. That said... I have an inkling I will buy the floor tiles eventually as well.

Personally, I think the biggest upgrade in the last couple years to tabletop wargaming is the mouse pad gaming mats. I always preferred cloth over hard table tops that make dice bounce and model get scratched... But the new mats are just soe awesome. The designs are beautiful, durable and wonderful to use.

I picked up the following 2 fat mats from Frontline games. I highly recommend them. 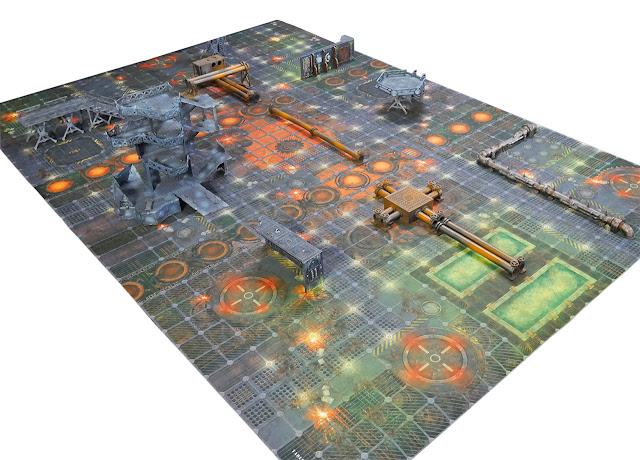 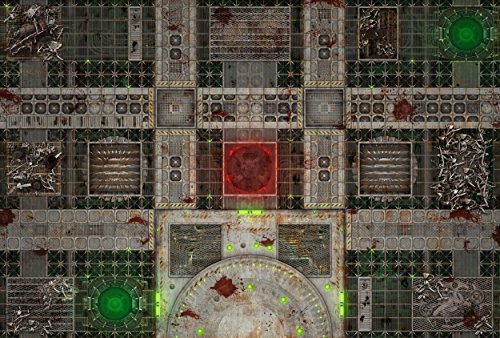 The walls come in a lot of different patterns and have quite a lot of detail on them. but it's nice that they are pretty much flat. It will be easy to airbrush everything!!! Some of the walls also have holes in them if you want to add LED effects, which is kind of a fun option. 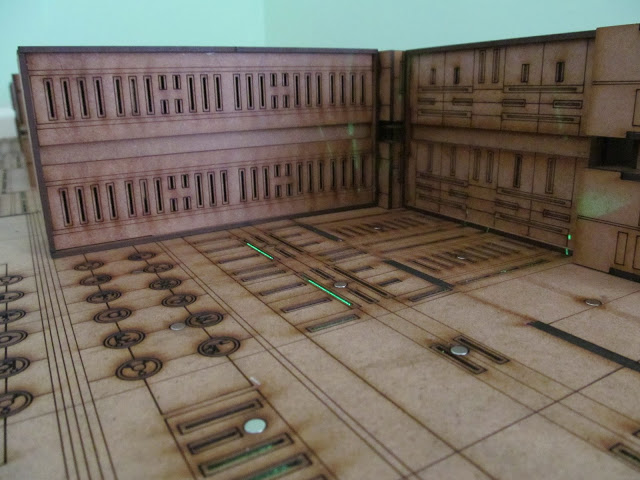 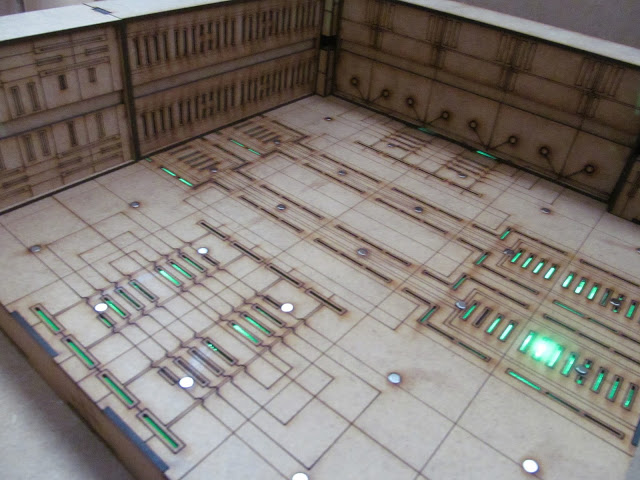 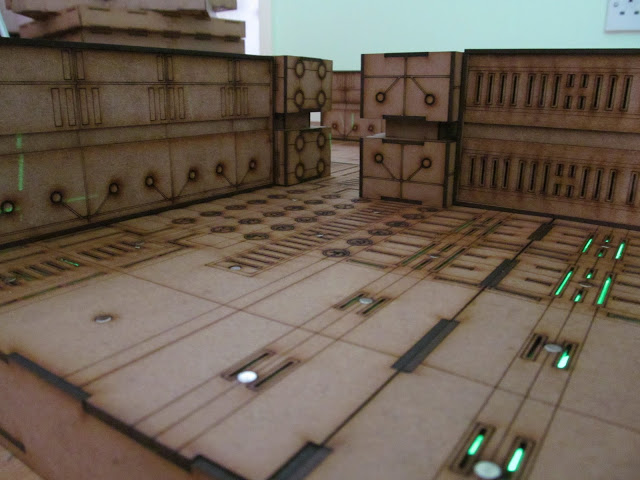 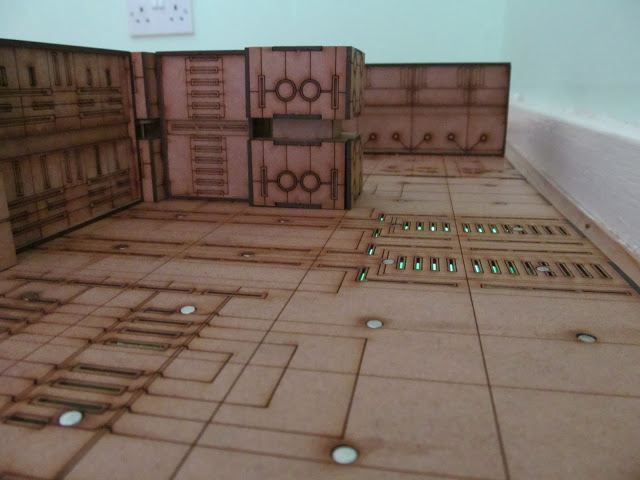 I ended up going down the path of buying Necron-esque Terrain. Not because I necessarily love Necron, but more because it can be cross game system for anything futuristic and can blend well with GW's gothic feel if I don't go too "clean" with the paint scheme. 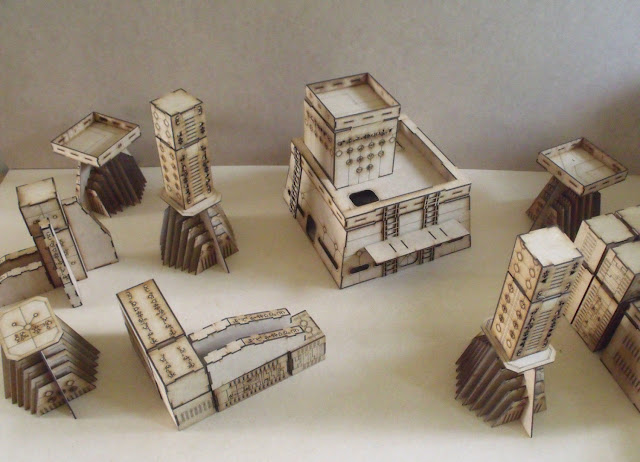 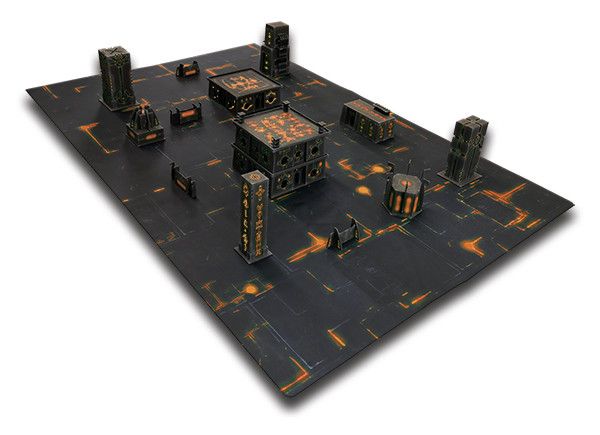 Choosing a paint scheme is hard enough for an army but for home terrain board it's even harder! It has to look good with all my armies! Ugh...

I also like to learn a new color or technique with every project I take on. In this project I will be working with MDF for the first time and I have decided to try painting orange as a main color scheme.

I was largely influenced by a paint scheme I saw at warsen.al with a nice orange scheme. What's nice about orange is that it mixes well with dirt and rusty terrain schemes. So you can use the pieces with either a dirt or metal looking mat, which is great with something like zone mortalis terrain with is largely indoor environments and buildings that I might want to use outdoors with my istavann bases on my IG and Raven Guard.

Some terrain pieces that are inspiring the direction I'm heading. 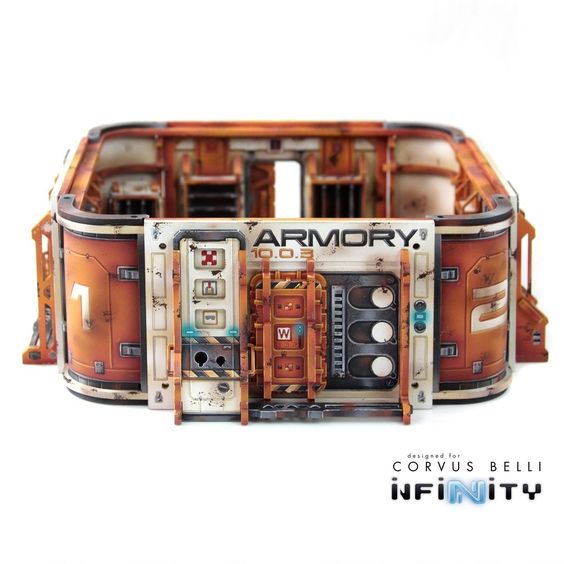 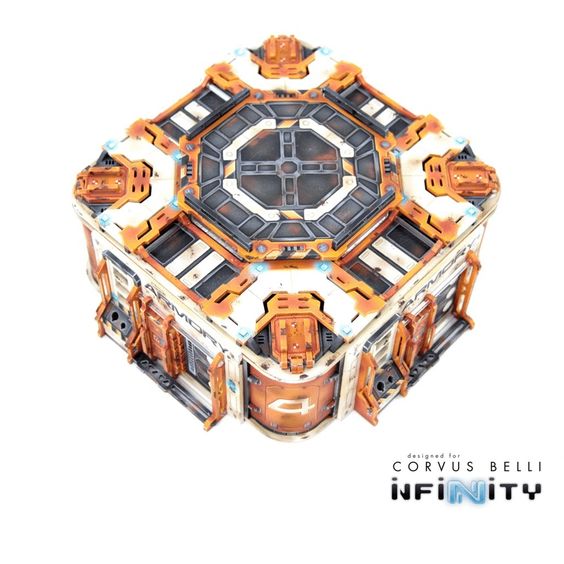 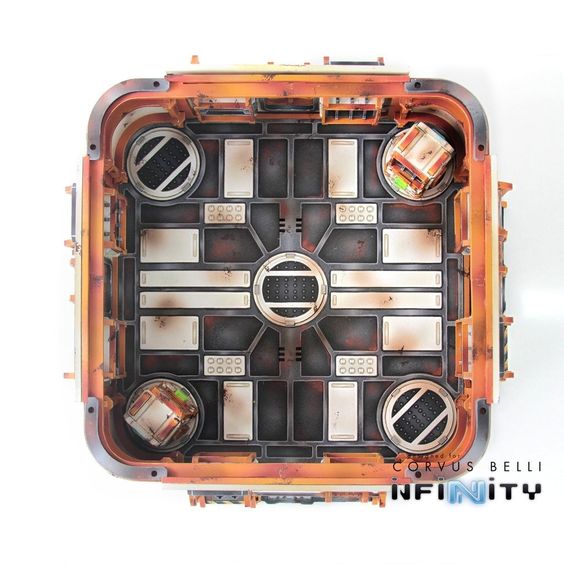 The warsen.al guys were nice enough to post their formula here:

Personally, I'm a fan of vallejo paint, especially vallejo Air, so these are the colors I'm largely working with. 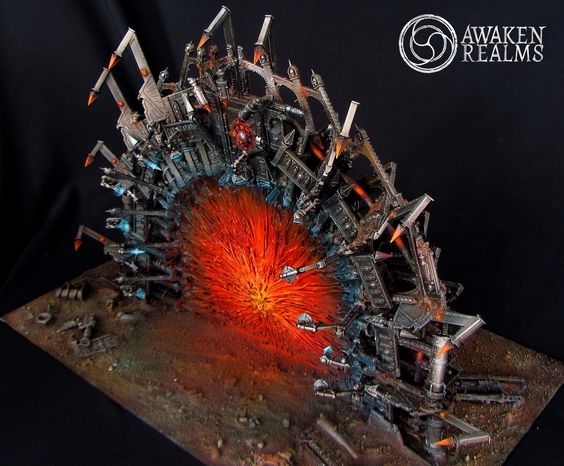 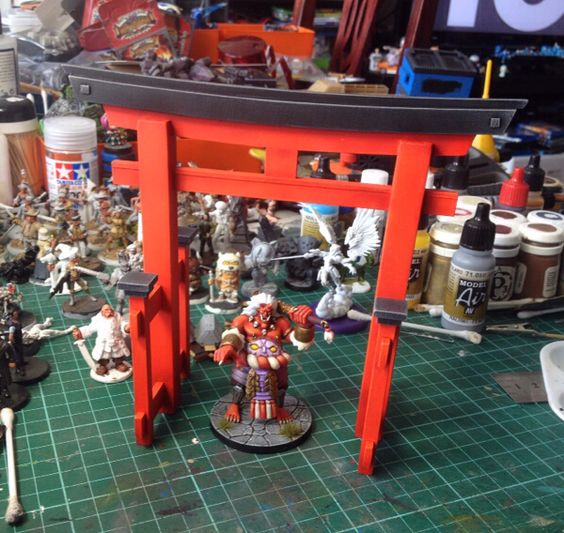 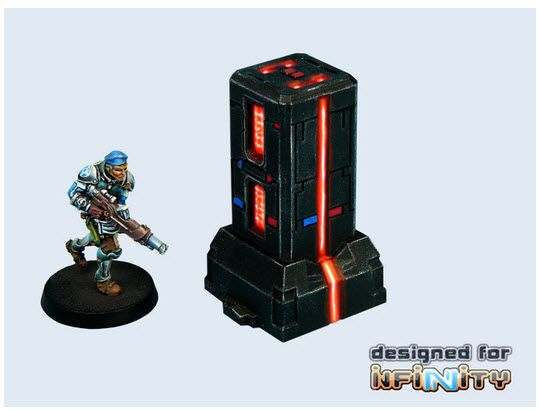 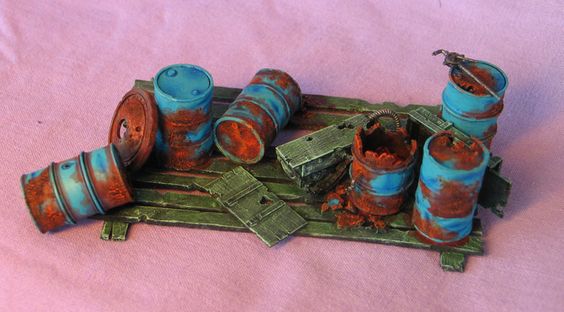 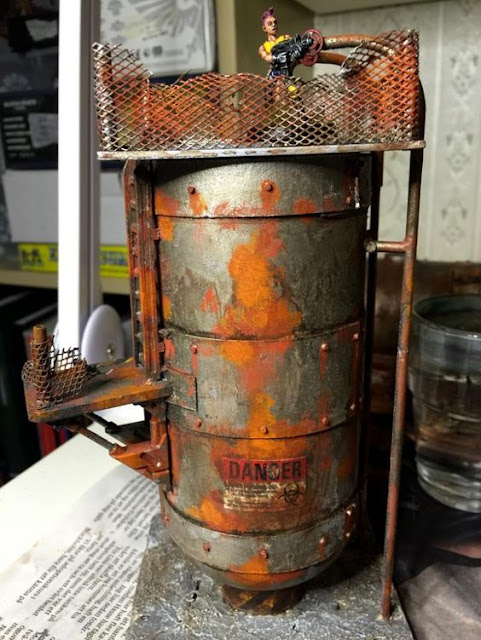 I will be posting updates as I start test painting everything!

I for one, am super excited about 8th edition 40K. 7th edition was a fun ride, which quickly went down an ugly road of GW sprinkling rules for armies across multiple codexes. By the end, you need a mule to carry all the books required to play a competitive army. I also thought 7th ed core rules were a nice refinement of 6th ed rules, I also felt the core rules had become far more complicated than they needed to be.

Enter 8th edition. Let me start by saying I like about 80% of what they have done and hate about 20% of the changes. I love the simplifications and clean up they have done, but they really dropped the ball on a couple key changes that bog down the game or water down certain important tactical elements of the game.

May I be the first to say, thank fucking god they got rid of game words game turn and player turn and now use battle round and player turn. No longer do we need to argue of the meaning of "TURN". In additions coherency stayed 2" but extended to 6" vertical, which is actually important as pile ins are only 3" in hth. 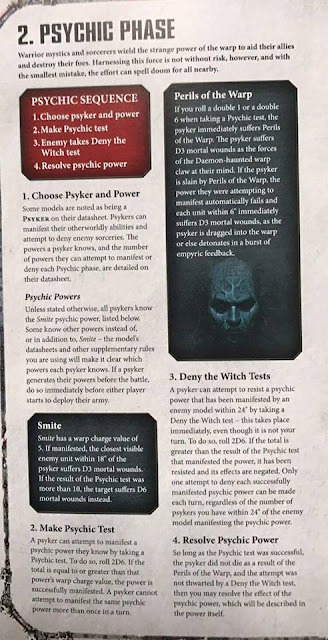 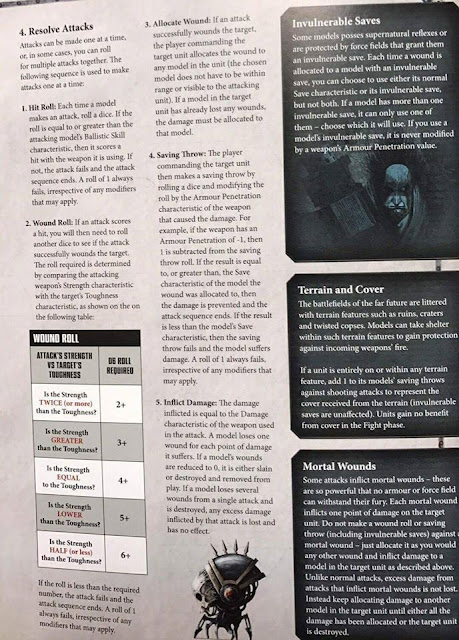 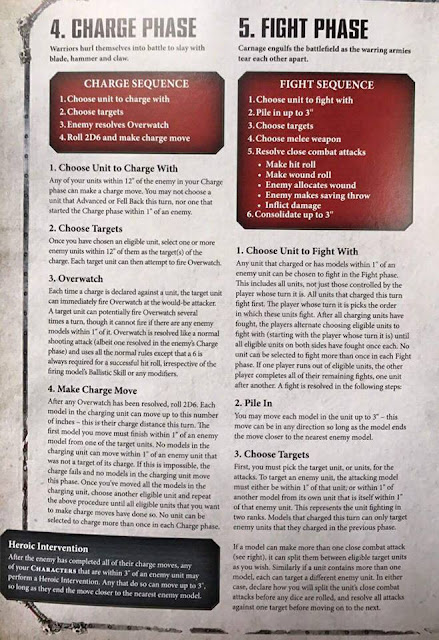 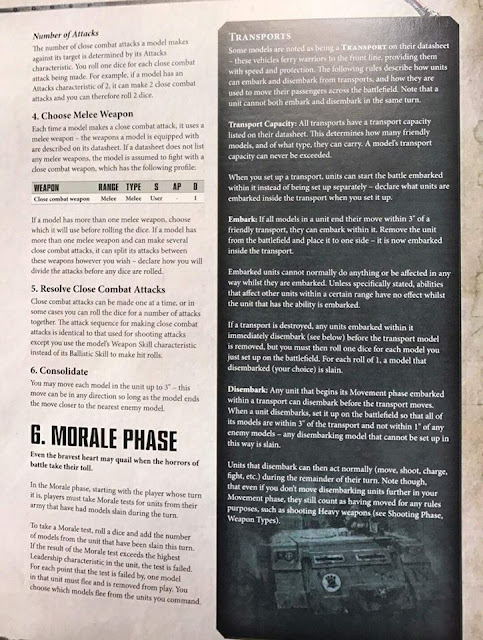 In general these are significantly different than we have today. They are also universal rules, which I thought they got rid of... Well, I think getting rid of universal rules is one of their stupidest changes, so I'm glad they did this. 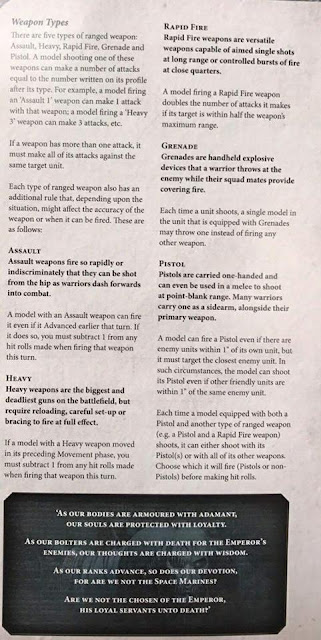 So formations are basically force org charts, similar to the CAD in 7th. It's actually pretty similar to 30K and how they approach army building, although it looks like you will be able to take multiple formations and multiple allies. 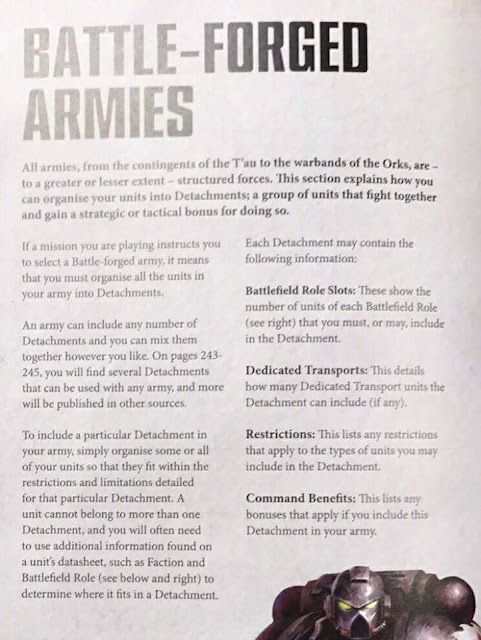 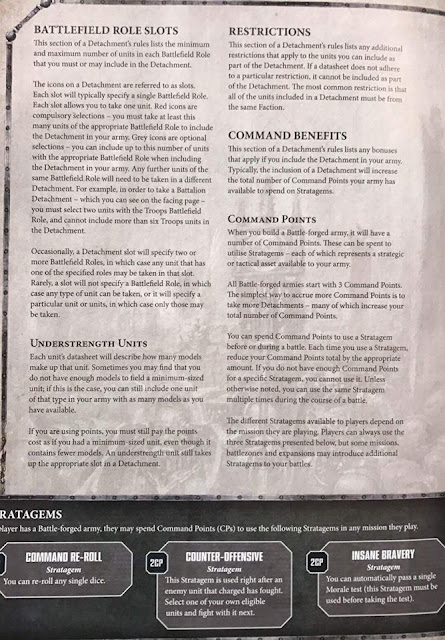 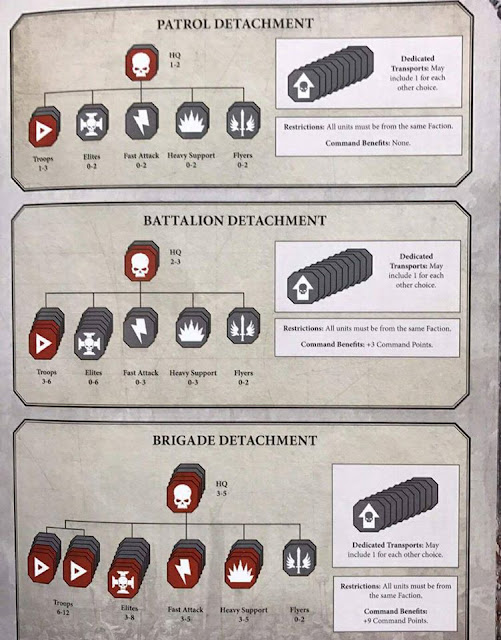 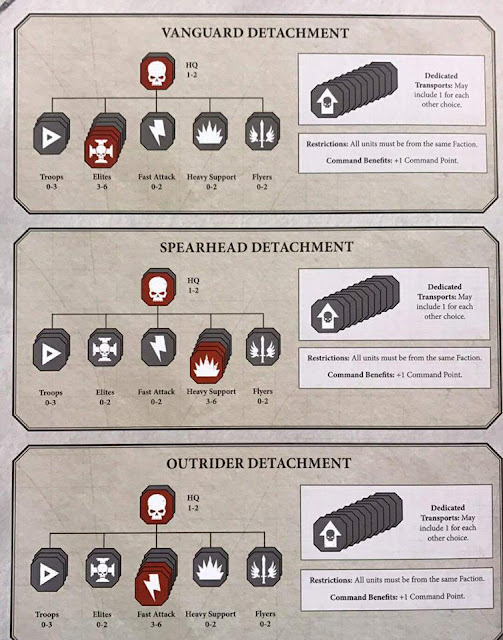 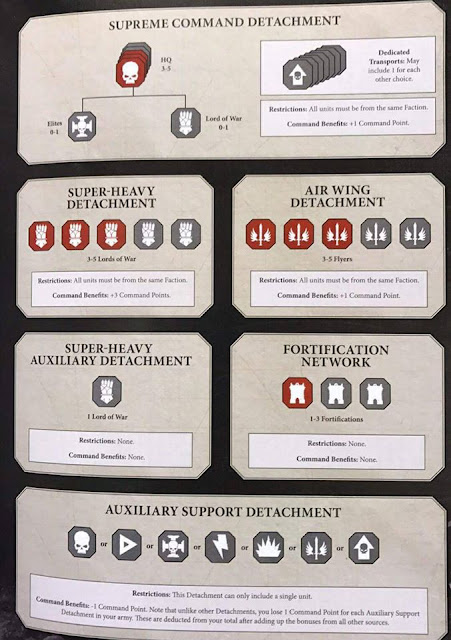 Overall, It's a pretty easy rule set to consume. The only major outstanding questions I have are around pistols shooting in HTH and some of the odd scenerios with fallback. Like do I get to ignore the 1" move when falling back as long as I don't end in 1" of an enemy.

There are also still a lot of missing pieces like rules for flyers, terrain, missions, etc. but in general the changes made make the game better for the most part.

As a general observation, GW removed all the scenerios where you don't get to "play" the game. So everything from re rollable 2++ saves, to hiding in combats with fearless guys, to null deployment, to late reserves, to deathstars have largely been removed from the game or an element has been added to diminish their relevance.

That said, there are a couple rule choices that I absolutely hate.