Raven Guard Vanguard Veterans, with their white arms and shouler pads, ambushing from the shadows, jump packs blasting and lightning claws shredding foes. It's the iconic squads that made me want to run Raven Guard.

On the battle field, Vanguard Vets are the glass hammers of the Space Marine HTH arsenal. With jump packs, no other unit can be so efficient at delivering pure damage to the enemy. In a Raven Guard force, they can "wraith-slip" with the Strike from the Shadows (SftS) stratagem making them even more deadly.

In addition to all this goodness, Raven Guard have a couple ways to increase the power of this unit. 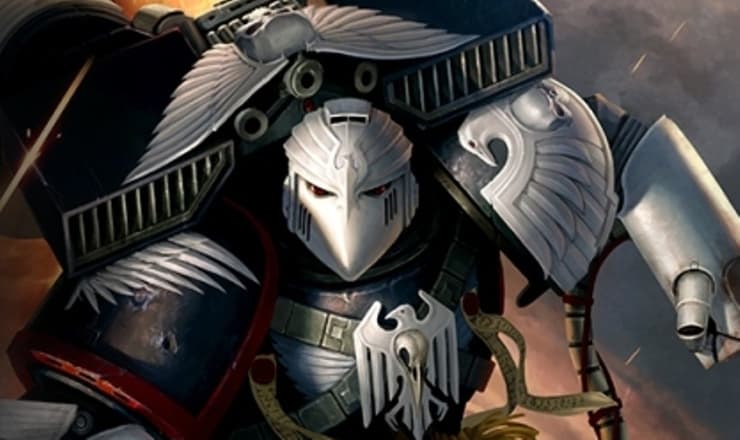 First off, Van Guard Vets are only 2 pts more than an Assault Squad Jumper, which nets you an extra attack, and extra point of leadership and considerably better war gear options. Vanguard Vets also get jump packs for cheaper as well.

Upgrading to a jump pack is only 2 points per Vet, which makes it a pretty obvious choice. The harder choice is deciding on how to equip them... 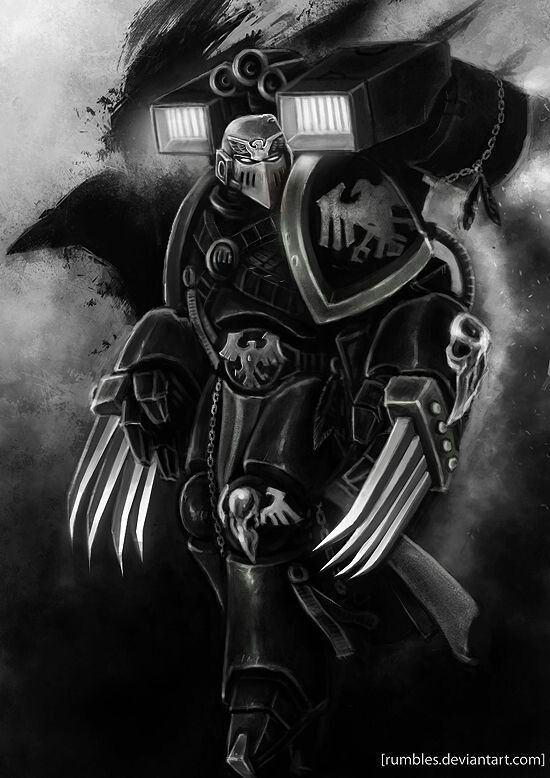 The most iconic Raven Guard build for Vanguard Vets is dual lightning claws. Taking 2 claws nets you an additional attack and lightning claws give you a straight up re roll to wound. 10 of these guys will cost you 300 points and will absolutely shred infantry. When combined with Shrike you will be re roll hits and wounds. 30 s4 ap-2 attacks will hit 26 times killing 13 MEQs or 23 GEQs. First off, for the same points you have the choice between power fist or thunder hammers. Thunder hammers have identical stats but do 3 damage, while power fists only do d3 damage. So take the T Hammers every time.

Thunder Hammers have the unfortunate -1 to attack rule, but a Thunder hammer has a straight 3 damage, which is basically inline with a missile launcher. So for 16 points you get 2 x 4+ S8 ap-3 3 dmg attacks, which makes each guy 34 pts.

When combined with Shrike or a chaplain and a lieutenant, the Vets are getting 20 attacks that do 26 wounds against t8 3+ or kill 15 MEQs or 17 GEQs. Destroyers were a unit originally created by Corax and were jump capable gun fighters. In this squad, we will be running plasma pistols. Plasma pistols have range of 12" and 2 modes of fire, standard S7 -3 1 dmg or over charged at S8 -3 2 dmg. If you roll a 1 to hit with an over charged pistol the user is slain.

Destroyers are interesting in that they don't really need to be in hth to be effective. They essentially have 2 plasma shots and 2 S4 hth attacks. So you can do you damage and then charge something you just don't want to shoot you back.

In general, these guys hit like Thunder hammers. With Shrike around, they have 20 S7 (non super charged) attacks that Kill 15 MEQs or 17 GEQs just like Thunder Hammers. However, you do 17 wounds against a T8 3+ save target. And these kills are not taking into consideration the 2 s4 HTH attacks.

There is a downside though. For one, you don't get the plasma pistols on your opponents turn. So if your opponent is a HTH army, you are missing out on half the overall damage. The other big loss is that these are shooting attacks, so you can't use Honer the Chapter to attack twice. Both of these are a fairly big deal against certain match ups. 2 chainswords gives you +2 attacks to a total of 4 attacks for a 18 pt marine. It pumps out a grand total of 40 attack or 6 dead MEQ or 13 GEQ. However, it's close to half the price of the Thunder hammer squad. In short, this is your cheapest anti horde HTH unit you have in the Space Marine codex and you can spend 3 CPs to double attack with them... So 180 points and 3 CP to kill 50 conscripts turn 1. From an efficiency perspective, 2 chainswords is almost identical to twin lightning claws (lightning claws being slightly better, but a lot less durable).

For comparison sake, 4 aggressors with bolter gauntlets (the most efficient mob clearing available) is 172pts and throws out 76 S4 shots if they don't move. So the two units are really quite comparable in damage output, 4 Agressors shoot 38 S4 shots.

From an Alpha strike perspective, the Aggressors are more efficient as they can trigger the double shots without spending the 3 CP. On the flip side, the vanguard vets are a great option if you go second because their huge range lets you deploy behind terrain and still engage the enemy.

As sexy as strike for the shadows is... there are times when you will want to deploy your jumpers to deal with your opponents delayed drops. Shrike's winged deliverance gives you the re roll to charge and works well with your standard deep strike deployment. That said, your chances of making that 9" charge is 40% or 60% with a re roll.

When you use Strike from the Shadows, tactics become a little more tricky, and it deserves it's own article. But You have 2 big issues to deal with. The first is bubble wrap. Whether you go first or second, you should expect to have to get through 50 conscript equivalents (GEQs) before you can smash the target of your choice. The issue is that you can't remove the bubble wrap until your shooting or assault phase, so our high movement is partially wasted. That said, our special deployment and high movement often defeats all but largest of bubble wrap attempts. Worst case scenario build your list to shoot 50 guys out of your way and use shrike to give you a re roll to charge (Cough. Cough. Aggressors. Cough.). From an efficiency perspective, consider Deep striking Shrike and SftS the Vets, while leaving a trail of vets to be within Shrikes 6" re roll hits and charges bubble.

The second issue is going second. Often, this puts you in a position of counter assault. You basically have 2 options. Either maximum threat overload, i.e. multiple similar units aggressively deployed to create difficult target prioritization or rely on terrain and the Raven Guard Chapter Tactics to stay alive for a turn.

A third option, is to deploy in a fortification and play very defensively. If you play a very shooty RG force, this might a be a strong option, as your opponent will want to shut down your shooting.

With Vanguard Veterans, it's really important to think a couple turns a head.


In conclusion, Vanguard Vets can be everything from tank hunters to mob clearer to elite busters. They are an efficient scalpel unit. BUT they can't do it alone. They need a lot of support to be effective and a good chunk of CPs to spend. However, their value varies a lot based on if you go first or second, so you really need to build your list around them and to have a Beta Strike strategy in mind, should you go second.

Oh... and don't forget that if you have 2 lightning claws or thunder hammer / storm shield you can still throw a grenade. Shrike is a krak grenade sniper ;)